The healing hands of God saw her through 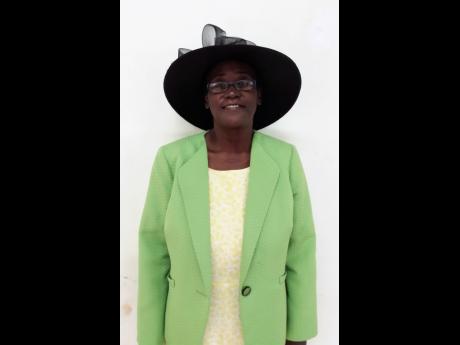 The Bible says, in James 5:16, that the fervent prayer of a righteous man availeth much.

Well, Reverend Lesline Henry of the Johns Hall New Testament Church of God in Clarendon knew exactly what that meant when she suddenly fell ill some months ago.

Henry testified that she fell ill one Wednesday night while conducting Bible study at her church.

"I had just started reading the Bible when suddenly, I felt a sensation in one of my feet. Then I started stuttering and repeating the words I was saying, but I was still conscious. I said to myself that something was wrong. I then felt a numbness in my mouth," Henry said.

She said that she told herself that it could have been a stroke, and asked how was she going to get out of it.

She noted that she attempted to move away from the podium, but had difficulty doing so and had to be taken to the hospital for observations.

"The doctor interviewed me, and I was admitted. When I was placed on the ward the situation worsened, because I was not seeing clearly. My vision went blurry, and my senses were not 100 per cent. That was when I realised that it was really a stroke that I had had," she said.

The churchwoman shared that she spent nine days in hospital, but persons visited her and prayed with her.

Henry said that she increased her faith in God, and on the 10th day, she was discharged.

She stressed that the prayers did not stop at the hospital, but continued during prayer meetings held at her home.

"I also kept praying for myself until I felt like I was coming back to my senses. I started walking a bit and using my hands better. I prayed to the Lord ... I sang and did what I had to do, and within two weeks, I was back in good order," she testified.

Henry noted that because of the many prayers and the sessions of fasting by church people, God delivered her from her illness.

"I can now do whatever God wants me to do. I went to my doctor, and he told me that my recovery was speedy," she said. "I visited him three times since leaving the hospital, and on the third visit, he told me that I could go ahead and do God's work once more. He said that I should go and do the Lord's work because what he saw God do for me was really great."