Testimony: From sceptical atheist to man of God 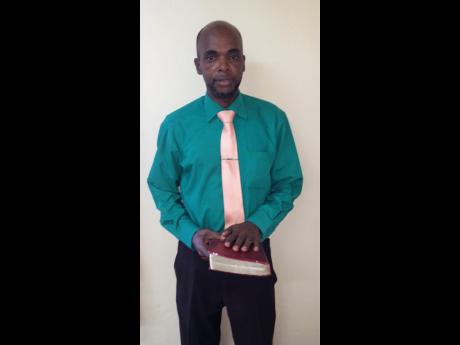 With God all things are possible, and nothing is impossible for Him. Well, for Roger Shakespeare and many other Christians, that is the reality.

Shakespeare, who currently serves as a pastor at the Emmanuel Hope Restored Church of God at Chudleigh in Manchester, testified that he was an atheist before he turned his life over to the Lord. He said that three and a half years ago he had nothing to do with God.

He said that he used to sit with some of the most learnt Christians to argue with them about the gospel.

"I was somewhat searching for the truth, because over a period of time I moved from being an atheist to an agnostic, in that I started to believe that there really might be a God," testified Shakespeare.

But one night, all that changed. The now pastor shared that there was a one-week crusade at the church he currently attends. He said that his wife planned to attend, but she worked late that night. He added that he was alone and had nothing to do, so he decided to take a walk to the crusade to see what was happening.

"I decided to go to see what the idiot people were doing, about them Jesus and Holy Ghost and all that," said Shakespeare.

That walk changed his life. Shakespeare said that when he arrived at the crusade, he immediately felt a spiritual connection, but was still sceptical. He pointed out that during a testimony session he heard a loud voice telling him that he should get up from his seat and testify.

"It was the first time I had ever heard the voice of God. When I heard it, I said, 'what is this? Am I getting crazy?' I heard the voice a second time and started to figure out that maybe it was God. While I was getting up from my seat I told myself that if it was even God, as a classroom teacher I could represent myself verbally, so whatever He wanted me to say, I would go up there and say it," Shakespeare said.

The pastor pointed out that when he went up, the Holy Ghost took over and he found himself speaking all kinds of tongues. He lost control. That night, the testimony service which had started at 8 p.m. did not end until 2 a.m.

"God took me on a roller-coaster ride. God started to show me what I call the trajectory of the church - what he intends for the church - and I have seen some of the things come to pass," Shakespeare said, adding that the Holy Ghost also told him that he would never smoke again.

Shakespeare said that since that night, he has seen himself serve as men's president at his church. He was also appointed a minister, and he is now an associate pastor.