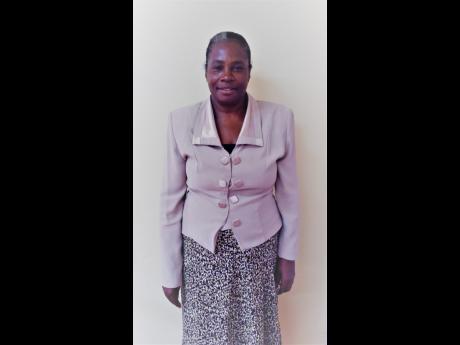 There have been instances where persons have reported that the Lord has come through for them in their greatest time of need, and Sonia Gayle is one such person.

Gayle, who is a member of the Sharon Gospel Assembly in Manchester, and who has been saved for 42 years, serves at her church as a deaconess.

She testified that she was going through financial challenges while attending teachers' college, but the Lord came to her rescue.

"Even though the fee that was being charged for tuition was not a whole lot, I had difficulty finding it. It was just $1,500 for the year. My husband is a farmer, and he planted potatoes at the time," shared Gayle.

She shared further that there was a severe drought that year and that the potatoes did not yield much, forcing him to delay harvesting until seven weeks later than planned.

Gayle said that before the harvesting someone visited her home and said that the potatoes had died.

"I turned to the person and said, 'The Lord giveth, and the Lord taketh. Blessed be the name of the Lord'. Surprisingly, when the potatoes were harvested the yield was greater than we thought. It bore exceptionally," said Gayle.

She said that it was at that time she was to return to college for her second year. Gayle said that she went there to seek audience with the vice-principal to explain that she did not have the money to pay for her tuition before the reopening of college.

"When I went there, a voice said to me that I should not go into the vice-principal's office. I paid my fare and went back home. That was the same day the potatoes were going to be harvested. My husband told me that someone stood at the top of a hill and saw him digging the potatoes and asked if he was selling any," said Gayle.

Gayle said that her husband did not get far into harvesting the crop but reaped enough to sell so that the money needed for her college tuition could have been acquired.

"It was a Friday, and the money that was needed for the Monday morning was now available for payment. I got my full fee to pay, as well as sufficient money for me to purchase groceries to take back to college. The needs I had were met. I was able to clear up my expenses at college so that I could feel more comfortable studying and not having to worry," testified Gayle.