Beryl McLean: A comrade from head to toe 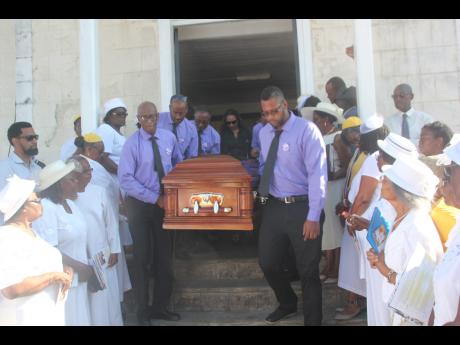 Pall-bearers carry the body of Beryl McLean out of the church. 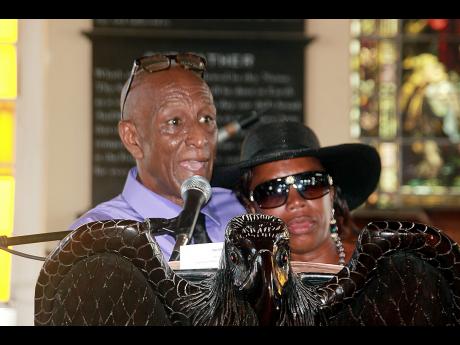 Linnell McLean Jr (foreground), Beryl's only child, remembered his mother for her love for him and education. In the background is Beverley Anderson, Beryl's caretaker. 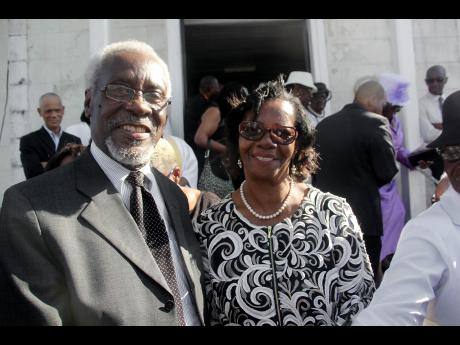 PJ Patterson mingles with Justice of the Peace Neris Palmer at the funeral.
1
2
3

Beryl Hyacinth McLean was born on August 20, 1930, and lived a productive and influential life until her death on March 21, 2018.

Former Prime Minister P.J. Patterson, Meris Palmer and Dorret Wilson were among those who gave tributes at her funeral held on Thursday at the Trelawny Parish Church.

Patterson described her as 'a Comrade from head to toe.'

"At the gas station she operated, it was always busy, but you could describe it as a swarming political hotspot. Beryl, who was my Queen B, could be relied on to get the job done because she did not like lazy people. She was an indefatigable worker."

Wilson spoke about her contributions to the church.

"She was a member of the choir and was responsible for the arranging what has now become a staple on the church's calendar, the Annual Prayer Breakfast," Wilson said.

Linnell McLean Jr, Beryl's only child, remembered his mother for her love for him and for education.

"Some people are of the opinion that she spoiled me. I would say I was pampered. Even though this was so, she was not afraid to pull the strap. It was a privilege reserved for her. Once my father flogged me and she reprimanded him: 'Don't you ever flog my son again!' She loved sports and played softball.

"You could describe her as a chameleon. She could adjust to any situation. She could sit comfortably with the prime minister and yet was comfortable with the street sweeper," Linnell said.