Little People, Big Heart: Lack of height is no obstacle for Samantha 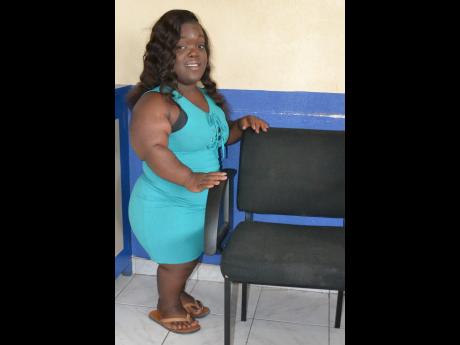 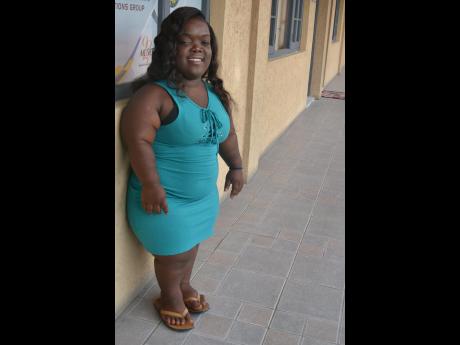 Samantha Samuels, 24, is just three feet 11 inches, tall but her lack of height does not mean a lack of ambition.

She lives her life as normal as she can, and despite acts of discrimination because of her stature, has started on the road to success.

Samuels, who lives in Fellowship Hall, St Mary, spent a year working as an accounting clerk with a firm in Ocho Rios in 2012 before venturing into teaching, armed with a certificate in early childhood education.

She taught at Newstead Basic School for some time, before assuming the post of principal, which she occupied for three years. However, due to a dwindling population, the school was forced to close.

Samuels, in the meantime, had enrolled at the International University of the Caribbean to pursue a degree in primary education, but without a source of income she has had to suspend her studies.

She sees this as a temporary setback and believes she will be able to go back and finish the course soon.

In her spare time, Samuels likes to read and loves writing poems, essays and the like.

"I have good penmanship as well," she added.

Her achievements thus far belie the challenges that sometimes face short people like her.

"You have some people who will treat you well while some will discriminate but you have to believe in yourself," she said. "Once I used to feel intimidated, but then I put that behind me. I don't let my height be a problem to me, I just do what I have to do. I live regular life, I have a boyfriend. I don't let my height be a trouble to me or anything, I just live my life the way I want to live it."

She said her main concern is getting a job.

But while she is waiting for things to turn for her, Samuels is seeking to volunteer her service, and has written to the St Ann's Bay Regional Hospital offering her service wherever she can fit in.

"I just want to volunteer to do something until I can get a job," she said.

Her height does not present obstacles all the way, though, as she went on to explain.

"Sometimes if I go to like the hospital or post office I don't have any difficulty because people usually put me ahead of them, which is really nice and something I appreciate," she said.

Samuels is the only little person in her family history and has a theory about what has caused it.

"My mother told me that when she was pregnant with me the doctor (name withheld) was treating her for sugar (diabetes) and she wasn't a sugar patient, and that was what caused me to become short. Nobody in my family is short, everybody tall," she said.