No regrets about following the Lord 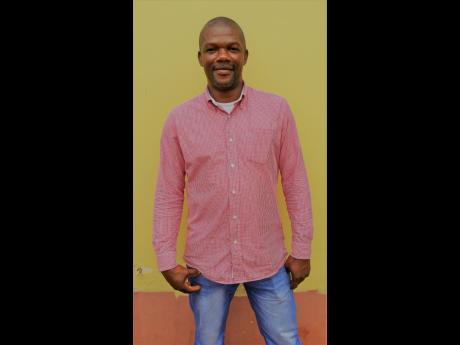 Minister Michael Hurd has been walking with the Lord since 1989. He is a member of the Cuffie Ridge Apostolic Church in St Ann, where he is serving as an evangelist a position he has held since 2004.

Hurd has been travelling the island preaching as he seeks to win souls for the Lord.

Like many, Hurd says that the Lord has done great things in his life, especially since he surrendered his life to Him.

"I was a DJ who used to go around with the big black box, fooling girls ... . I remember being in Montego Bay and coming from a club one night. On my way from the club and reaching Ironshore, I saw a car drive up, and a man came out with a gun and pointed it at me," testified Hurd.

He shared that the man instructed him to place his hands in the air. He knew not whether the man was a gunman or a policeman, but he obeyed.

Hurd said that instantaneously, he spoke to the Lord, telling Him that if He spared his life, he would surrender and serve Him.

He was left unhurt, and that night, he began to serve the Lord. He has had no regrets.

"I surrendered my life to God then and was even filled with the Holy Ghost before I got baptised. From that time, the Lord has been wonderful in my life. I got married eight years after that. I am blessed with three beautiful children. I have my own home, my own car, and so many things," he said.

Hurd shared that at times when he feels ill, he simply lays his hands on himself, and God heals him.

He added that he has laid his hands on sick persons and prayed for them, and God has healed them.

Hurd also shared that he has prophesied things that have come to pass.

"There have been so many times in which the Lord has told me to tell persons things. I remember being in church preaching, and there was a young sister who was struggling to pay her school fees. She did not know where the money was coming from to pay the fees, and while I was there preaching, I said, 'You are going to go through. You are going to pay your fees, and you are going to do your exams,' and all of those happened," said Hurd.

He said that he was not aware that the church sister was struggling before the service as she only told him afterwards.

According to Hurd, she was able to graduate with distinction because God came through for her on time.