My Testimony: God has taken him through trying times 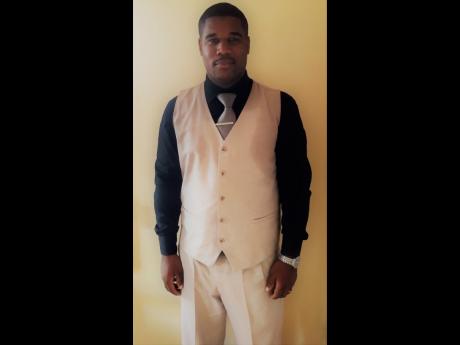 The Reverend Robert Bryan has been walking with the Lord for 20 years. He is currently the pastor for the Crooked River and Trout Hall branches of the Church of God in Jamaica.

He is also serving as chairman for 17 churches in Manchester, Clarendon, St Ann, and Trelawny.

He testified that God has been good to him, but the greatest miracle which He has performed in his life was to give him the miracle of salvation.

He testified further that he hails from a very poor family where he saw his parents sticking together to ensure that he got the best out of his high-school education.

He added that his parents were unable to afford shoes for him to attend school.

"I remember having only one uniform to attend school. Some days after going home from school, I had to wash the one suit, hang it to dry overnight and in the morning I had to have it ironed and be ready to go to school," said Bryan.

The church leader added that persons who were not aware of his situation could not tell that he only had one school uniform, and that was what he wore for an entire year to acquire the education he needed.

"I also remember needing a pair of brown shoes to wear to school, and it was my guidance counsellor, who was my pastor at the time, and who was assisting at the church I was going to at the time, who actually brought a pair of shoes and gave it to me. That was how I was able to go through," said Bryan.

He said God provided for him in those ways and has continued to make many ways for him ever since.

He said that God has taken him to many places which he never anticipated going to, to carry out His work.

"I was at church one day cleaning the floor and I heard a voice called me by my name. I looked around to see if there was someone there and when I looked there was nobody there. The voice called me a third time, and it was at that time that I realised that it was God calling me," said Bryan.

He noted that God told him that all he was requesting from him is that he should seek His face, because He was going to take him to places he would never have imagined.

The pastor shared that God has kept His promise and has been taking him to places locally and overseas to carry out His work.