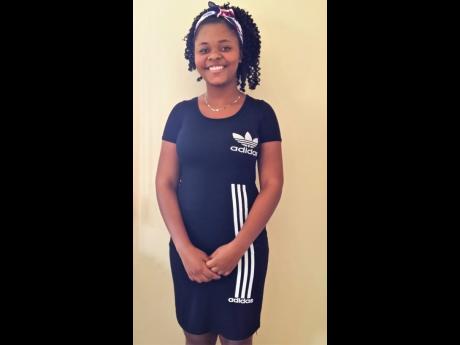 'The Lord will always make a way for His people'. This statement is supported by Christians and worldwide, and it is supported by Sandy Senior of the Spring Ground Missionary Church in Manchester.

Senior, who is currently in sixth form, testified that she attended a summer camp four years ago for the first time and wanted to attend again last year.

However she did not ask her father to send her because she was aware of his financial challenges.

" However, this year, I really wanted to attend camp, so I went to my father and told him I wanted to go. He told me that he did not have the money to send me, so I told him that it was all right, and then I started to pray to God for help. However, at the same time, I was there doubting God," testified Senior.

Senior, who has been walking with God for the past six years, shared that she prayed but wondered if the Lord was going to provide the money she needed.

She noted that her godmother's daughters in England called and told her that they were going to send J$8,000.

"Attending camp was so amazing. While being there, I was filled with the Holy Ghost for the first time in my life. Camp has really changed me. It has caused me not to doubt God anymore. We might get angry at God sometimes, but He never fails. Since then, I have been looking at life at different angles," testified Senior.

She added that there were times when she thought about committing suicide and even questioned as if why she was living because she felt she served no purpose.

She stressed that there were times when she was not feeling satisfied with herself, especially when she was about to graduate from high school.

"My CSEC results have been satisfactory, but I think I should have done better. However, I am thankful to the Lord for the subjects He has allowed me to pass. Before my results came out, I was approached by a 'reader man', who told me that if I did not go to the doctor for a check-up, I was going to die. I did believe him. But while I was at camp, all thoughts disappeared. I gave myself up freely to God, and everything disappeared," said the young Christian.

Senior testified that if she should die any time soon, she would be ready to go to her Maker.

She added that all she wants to do is to live her life for the Lord and do the right things so that she can make it into Heaven when her Maker returns to take His chosen people home.