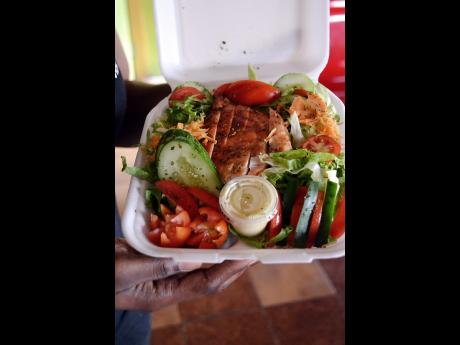 The chicken salad is one of the favourites at Vanika's Restaurant. 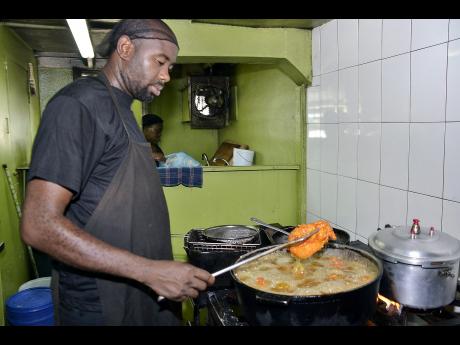 Chef Floyd Brown at work in the kitchen. 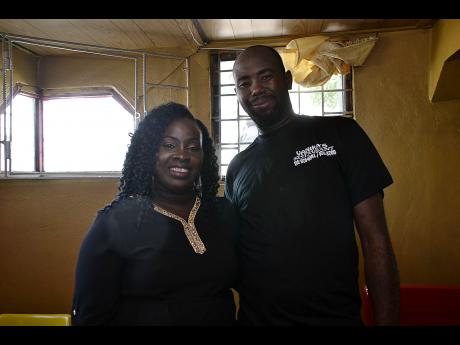 "Mi just love to come with some creative ideas, just do some crazy tings."

That's how Christine Palmer, owner of Vanika's Restaurant, describes the motivation behind many of her meals.

Named after her daughter, Vanika's is located along Old Hope Road, across from the new Toyota dealership, a quaint establishment with an exciting menu.

There are also a few alcohol-fused offerings, such as jerk pork Coco-Mania and Campari chicken.

While reluctant to give THE STAR, the secret behind the sauce for the Campari chicken, Palmer did say honey is a key ingredient to balance the strong taste of the Campari.

"People line up here from we open at seven for our breakfast. People want to see which porridge we coming with for the day. We nuh do a regular oats porridge; if a sweet yam in season, we a mix it in. If a yellow yam, we a mix it in," said Palmer.

She told THE STAR that she got into the restaurant business when the space become available in August 2016 and despite having no restaurant experience, she took the leap and it has been paying off.

But she admitted that her growth has not been as simple.

"When I started, the business wasn't making anything, was making less than a 100 per cent. But after a while, it started to pick up," she said.

Palmer prides herself on the use of all natural seasonings and using 'real ingredients' rather than prepacked or canned goods. This is something which she attributes to her mother.

"That lady was very creative, sometime she a cook up seasoning alone and people a pass and say, 'Miss Joyce me a come fi some a di food'," she said.

With prices ranging from $350 to $700, Vanika's has various clients, doing deliveries to as far as Spanish Town Road.

Palmer is supported by her chef, Floyd Brown, and general staff who, she said, help to maintain a high quality of customer service at Vanika's.