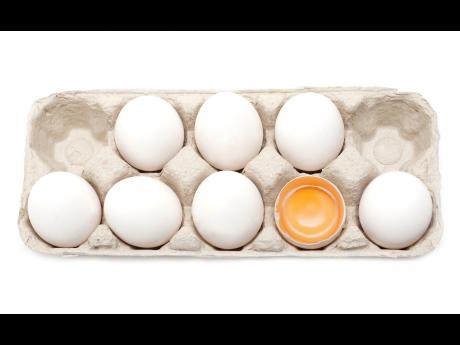 Two taxi operators, who were found in possession of eggs that were removed from the Riverton City dump, will have their fates decided on December 2 when they reappear in the Corporate Area Resident Magistrate's Court.

Charged with interference with a disposal facility are Dexroy Johnson and Leon Gordon.

Reports are that on September 25, the men were found with a quantity of eggs that had been taken from the Riverton City dump.

They pleaded not guilty.

Gordon explained, "I run taxi and a man asked me to pick up some eggs down there. My car broke down while carrying the eggs, so I called my friend to help me."

The friend Gordon mentioned was his co-accused, Johnson.

section of the Solid Waste Act saying, "Every person who unlawfully removes any solid waste from a disposal facility is guilty of an offence and can be fined up to $500,000, or serve a sentence of up to six months in prison, or both."

The men were told to bring their witnesses to night court on December 2 when the matter will be tried.