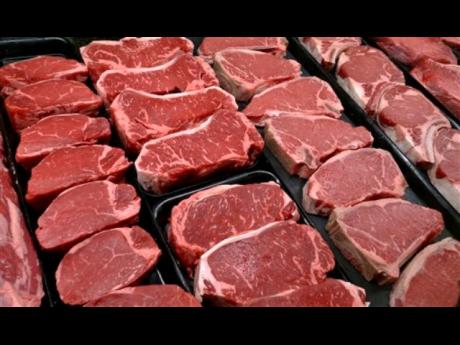 Supermarkets is the United Kingdom have suffered a blow to their revenues as the sale of processed pork has significantly declined following the recent claim by the World Health Organization (WHO) that such meats contribute to cancer, the UK Guardian reports.

However, Jamaican supermarket owners seem unperturbed, and have told THE STAR they are not worried about a possible decline in sales because “Jamaicans love meat.”

The WHO published a report in October which said processed meats rank alongside smoking as a cause of cancer.

Since then supermarkets in the UK registered a £3m drop in sales of sausages and bacon with a 15.7% and a 17% decline in sales respectively at the end of October, just a week after the publication.

Meanwhile in Jamaica, THE STAR recently reported that supermarkets operators across the island were not worried about a possible decline in their processed meats sales.

READ: No cancer scare — No fall in red meat sales after WHO report

Manager of General Foods Supermarket in Ocho Rios, Sharon Chin, told THE STAR that the sale of processed meat at her supermarket is not likely to decrease with the recent findings.


"Jamaicans may think about it for a short time, but after a time, they will go back to their habits," she noted.

A manager of a supermarket in Kingston, who asked for his identity not to be revealed, also agreed with Chin.
"Jamaicans like meat, they have some sort of meat for all their meals daily, so I don't think one little report will impact how much people consume," the manager said.