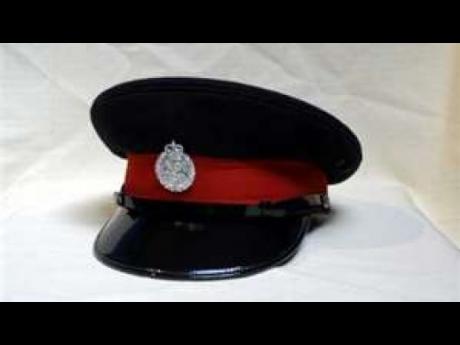 A Jamaica Defence Force (JDF) soldier is on the run after he seemingly fled the island shortly after investigations revealed he was the owner of a stolen vehicle, which was stopped and searched during a spot check exercise.

Two members of the Jamaica Constabulary Force's Counter-Terrorism and Organised Crime division are also before the court in relation to the same matter, for which trial is to commence on July 13.

Both were granted bail in the sum of $500,000 each with one surety when they appeared before the Kingston and St Andrew Parish Court yesterday.

Senior Parish Judge Judith Pusey also asked that they surrender travel documents and a stop order was placed at all ports.

They are to report to the Old Harbour police on Mondays as part of their bail conditions.

The prosecution is alleging that on December 19, 2015, during a spot check exercise on Gloscow Highway, the police stopped a white Nissan Tiida, and upon checks noticed irregularities.

The driver of the vehicle contacted the owner, who is a member of the JDF. THE STAR gathered that the JDF member contacted Williams who then contacted Dixon.

According to the prosecution, Williams asked Dixon to find out what was happening because he was close to where the vehicle was.

Investigators are alleging that when Dixon reached the scene, he told the police that he was the owner of the vehicle, and then shortly after Williams came on the scene.

Checks by the police revealed that the vehicle was stolen and the licence plate was tampered with.

Claims of Dixon being the owner of the vehicle was refuted by the defence.

Attorney-at-law Richard Ogilvie, who is representing both accused, told the court that his instructions were that when Dixon arrived on the scene he identified himself and showed the police his credentials, and assisted them to see if the vehicle was listed as a stolen vehicle.

The court was also told by the defence that nothing was unearthed, but Dixon noticed the irregularities and asked Williams to contact the owner of the vehicle.

Senior Parish Judge Judith Pusey told the court she found it strange that two police officers who were not on duty at the time came to the scene.

THE STAR understands that efforts are being made to locate the JDF member so that charges can be laid against him and to have him brought before the court.

The driver of the motor vehicle was also charged with receiving stolen property, however, he was not brought before the court yesterday.