'He was the life of the party' - Family remembers deceased businessman 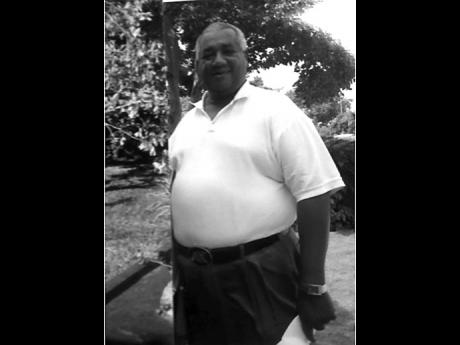 The death of a well-known Manchester businessman, Michael Levy, has left his family and friends in shock and disbelief.

'Mal' as the 65-year-old was affectionately called, was described as "the life of the party" and a loving husband. The father of five would always put a smile on the faces of persons who came in contact with him. He was an accomplished businessman for more than 40 years. Over this time frame he dabbled in the food and entertainment businesses.

"We are in disbelief. I know it happened to a close family friend of ours and we were so hurt about it but for it to happen to us, it's still not even real," Levy's daughter Karen told The Star. She remembers her father as a "loving and a kind person". To his son Nicholas he was "an extraordinary man, one of a kind, a role model and a trendsetter".

Police reported that about 4 a.m. Levy visited an event in Comfort, Manchester. He went to the area after leaving an earlier event he attended in Clarendon. It is reported that the businessman was parked outside the event when a man attempted to rob him and he resisted. The man pulled a gun and shot him several times. He was pronounced dead at hospital.

Levy's death has, without a doubt, affected numerous people. "It just stun everybody. They don't feel like doing anything. They cannot believe it. Another businessman, an older man. Everybody know him and everybody from Mandeville knows that he is a jovial person. He's Mr Mandeville," Karen added. "It's just sad to do that to someone like him, him neva trouble no body."

One childhood memory that stood out vividly for her was "going to concerts; he's like the biggest clown. He would have everybody laughing, dancing, and singing."

Levy's wife of more than 40 years is finding it difficult to cope with his passing however she remembered him as "very jovial". "He loved to go out and have fun. He didn't want anybody boring around him," she remembered. "In spite of what he went through with all the FINSAC issues, he didn't let it get him down."

A fellow businessman recalled that Levy was very involved in the community and was very supportive of events in and around the parish.

The family recalled that his favourite words were simply: "Life is beautiful. Everything is okay".