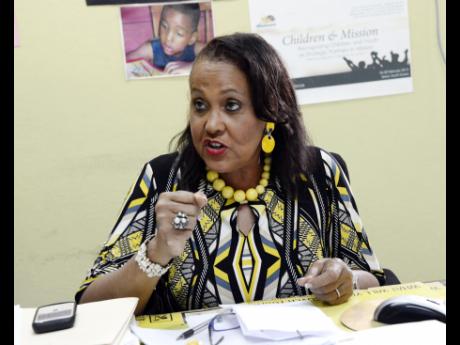 Hear The Children's Cry founder Betty Ann Blaine is alleging that there is massive under-reporting of carnal abuse cases in the country and has called for an in-depth report on the number of teenage mothers in our communities and on what percentage of these cases is reported to the authorities as the law requires.

According to Blaine, "The people who are determined to molest our children are getting away scot-free.

"They are not being held accountable. We have laws to protect the children, but we have not been successful in enforcing those laws," Blaine said.

Her utterances came against the backdrop of a one-day-old baby, who was abandoned at the Chapelton Hospital on Saturday night by its 16-year-old mother.

"There are some very serious questions that need to be asked concerning this case, which is no less urgent and no less serious because it is not an isolated incident, but part of a virtual epidemic - an epidemic of sexual abuse and inadequate care of the teenage mothers who are victims, and the infants they are seldom able to care for," Blaine said.

She argued that children as young as 12 years old are giving birth at the country's hospitals and suggested that in many cases, the persons who impregnated them may not have been charged from a crime.

"We must bring people to justice if our children are being sexually molested and impregnated by adults," Blaine said.