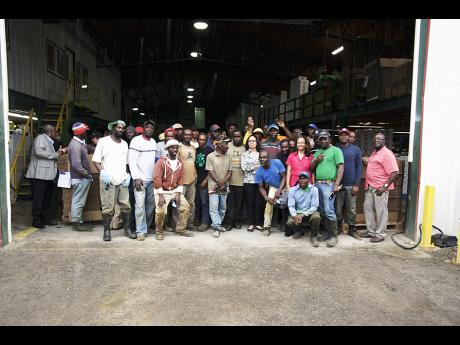 Labour minister Shahine Robinson has met with a group of Jamaica farm workers who were victims of a fire that destroyed their personal belongings in Canada last month.

The meeting took place on Monday, some 18 days after the fire.

Robinson has promised that the Government will cover the cost of replacement passports for the 33 farmworkers affected by the fire, which took place at Chary Produce Farm in Canada on July 28.

Some 123 Jamaican workers are employed by Chary Produce Farm, which grows and supplies seasonal vegetables in Canada.

Following the fire, Justicia 4 Migrant Workers (J4MW), a volunteer-run political collective based in Toronto, launched a campaign to raise money for the fire victims.

The campaign, which is being run on GoFundMe, a crowd-funding website, has so far raised US$10,460 for the Jamaicans. The target is US$17,000.