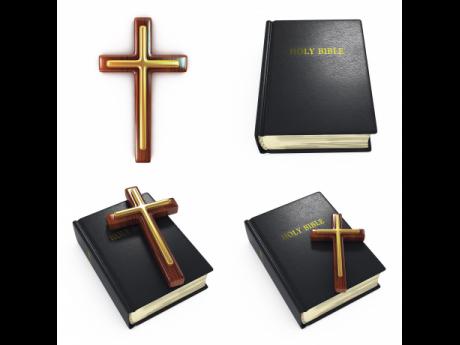 Thieves went on a rampage in the fast developing town of Spaldings in Clarendon on the weekend, robbing a church, a Western Union outlet, and a service station of more than $3 million.

Worshippers who turned up at the Spaldings New Testament Church of God in Clarendon for early morning prayer meeting on Saturday discovered that the church was broken into and several pieces of equipment were missing.

Pastor of the church, Bishop Donovan Knight, told THE STAR that robbers entered the church by cutting burglar bars, and removed equipment valued more than $700,000. He said the equipment included a keyboard, speaker boxes, a flat-screen monitor, and several ceiling fans.

Church members have started a nine-day fast, the number of days they are giving the robbers to return what they stole.“The God who is a merciful God is also a God of wrath. So take back what is God’s before He starts His action. All the things taken are marked,” warned Knight.

He said the crime was reported to the Spaldings police.