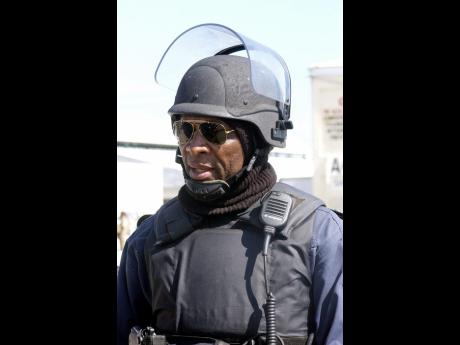 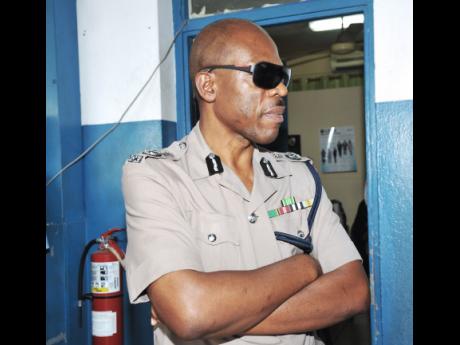 Adams wants to be Commish

Retired crime fighter Reneto Adams says Dr Carl Williams will be remembered as "a cowardice Commissioner of Police", and has indicated a willingness to succeed him as Jamaica's top cop.

Williams has indicated he will be stepping down from the job on January 6, 2017.

The Ministry of National Security yesterday said that there are qualified and competent persons in the Police High Command from where the Police Services Commission (PSC) will firstly choose an appropriate person to act for 90 days.

Adams, who retired at the level of Senior Superintendent of Police, said Williams is a misfit for the job of commissioner.

"Mr Williams should have taken up the job of a minister of religion," said Adams, who gave Williams a grade of two out of 10 for the way he led the Jamaica Constabulary Force (JCF).

A bayonet is any long, knife-blade instrument designed for mounting on a musket or rifle. It is used to stab enemies who are in close range.

Adams said that Williams appeared to have been more of a ceremonial commissioner rather than someone who sought to get the job done.

He wrote to professor Gordon Shirley, head of the Police Services Commission, on November 4 indicating his desire to leave the job on early retirement.

Williams said he told National Security minister Robert Montague of his decision to retire from as far back as October 18.

"This is a setback for the #JCF. I see no natural successor. I wish him well," former deputy commissioner Mark Shields said on Twitter after the news broke yesterday.

However, Adams, who was accused of murder in a case which Shields worked as investigator, said he is prepared to return from retirement if members of the public, the police force, as well as members of the public and private sectors, agree that he should be considered for the job.

He told THE WEEKEND STAR that him returning to lead the JCF would "be solely in the interest of the country and the people."