Man builds his own cane loader 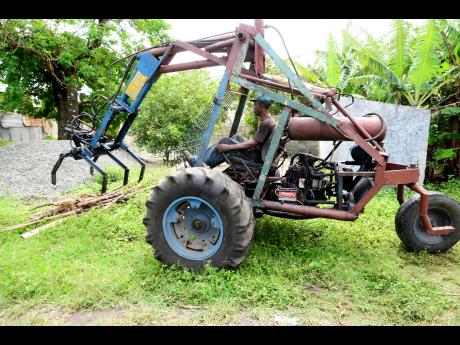 Hamilton gives a demonstration of the efficiency of his creation. 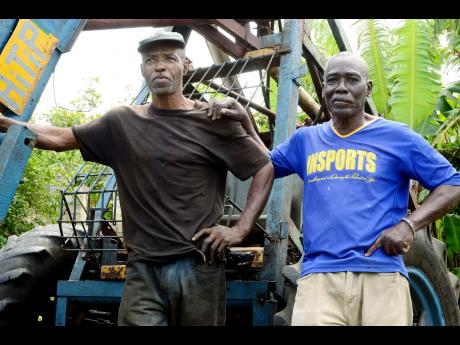 Inventor of the cane loader Michael Hamilton (left) and his friend Anthony Tyne. 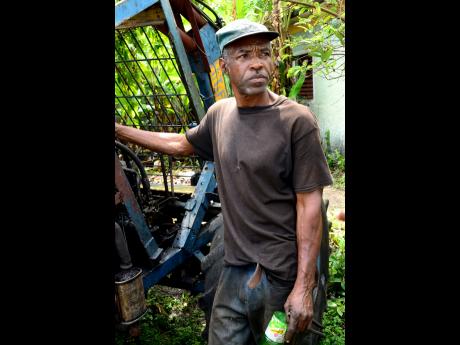 Since manufacturing conglomerate Seprod Limited has outsourced all its farming operations at Golden Grove Sugar Factory in eastern St Thomas, small farmers, who are responsible for majority of the cane farming in the parish, have been in need of vehicles and machines to load and haul cane from the farms to the factory.

One skilled and quick- thinking man from the Duckenfield community has used scrap metal to create a cane loader in an attempt to fill the void.

"I hear dem talking about it every day - farmers want a machine to load canes. So mi say to a cane farmer man that mi a come with a machine and him laugh, him tek it for a joke," Michael Hamilton told THE STAR on a visit to his home recently. "Mi son always want mi build it, too, and mi say mi ago start it."

Hamilton said he began to collect scrap metal and used his hand chisel and an axe saw to begin to make what now seems like the wonder of Duckenfield.

"Right behind mi house there, mi work on it every time mi get a chance," Hamilton said.

His friend, Anthony Tyne, said for months no one had a clue what Hamilton was building.

"When we see him come with pieces of iron, we start to trouble him and a say weh him a mek," Tyne recalled. "After a while now, we see the shape of the thing and we start to encourage him and people start to say it naah go nuh weh because him can never finish anything yet."

But Hamilton was able to deliver this time and now he has farmers lined up, wanting him to load their cane.

To prove his point, he started the cane loader and grabbed a bundle of wood. The machine suddenly came to a halt.

"Mi run out a gas," Hamilton said, much to the amusement of the small crowd.