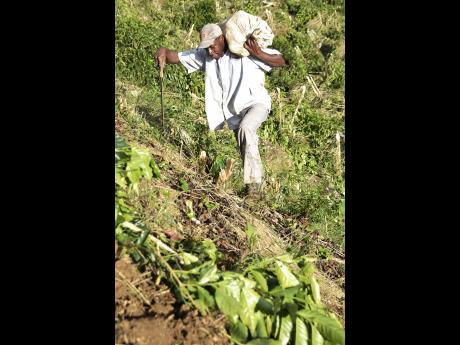 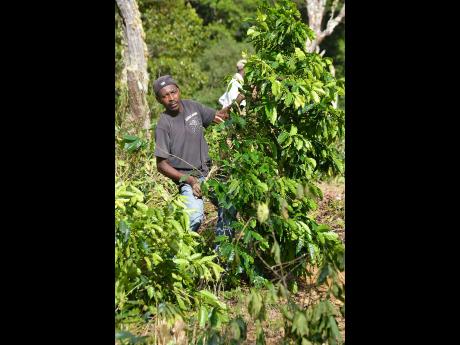 Keeble shows one of the trees that was cut down. 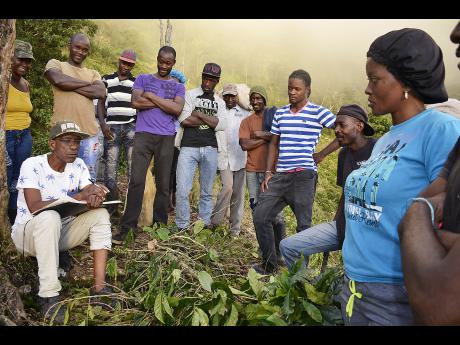 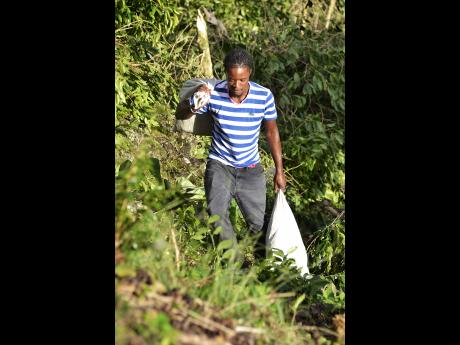 Andre makes his way up the steep hillside. 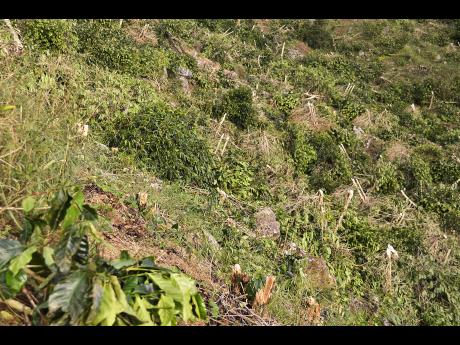 Sections of the coffee farm that was cut down. 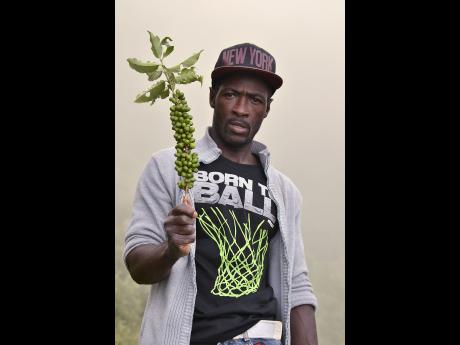 Okang holds coffee beans which they will never capitalise from.
1
2
3
4
5
6

A teary-eyed coffee farmer stood in disbelief last Thursday as he looked at his farm that was destroyed when thugs invaded their precious land in the hills of Hagley Gap, which borders St Andrew and St Thomas.

"I feel like I don't deh pon di earth. I feel like everything gone, like di world done for me," said coffee farmer Robert James, as he showed THE STAR what remains of his family's business.

Reports are that scores of thugs came out in full force last Wednesday for a day of destruction with cutlasses, power saws and firearms in hand, and set upon the coffee farm, chopping down every tree in sight.

As if that was not enough, they brazenly fired shots in the air to drive fear into the peaceful farmers, while trampling more than five years of coffee production and 30 years of this family's history.

Trees which stood tall on the hillside now laid flat on the ground, with red and green beans scattered around, like the emotions of the persons who depend on them.

"Is like me have this emptiness inside. There is no way mankind could wicked like dis fi do such tings," said Lukesha Anderson, one of the workers on the farms.

"Dis is di coffee wah we have, a reaping time. Dis is we likkle work weh we come, throw wi pardna, send wi kids to school. Now we out of a job!"

Another farmer, who was overcome with emotions as he walked through the destroyed farm, swung his cutlass, screaming, "No! No! Dis nuh right, man!"

The farmers said that they may experience further losses as the thugs have threatened to return this week to continue their campaign of demolition.

Last week's attack is believed to be in relation to a nearly decade-long dispute over land.

They are calling for the intervention of the Government and the police in this matter, as they fear this is not the end of the nightmare.