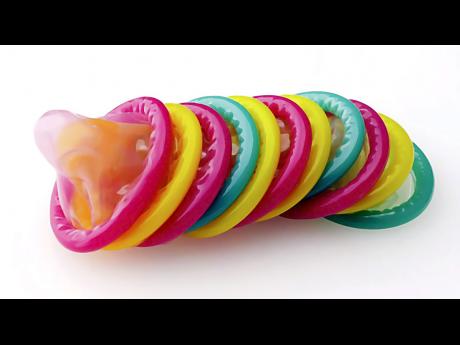 A World Health Organisation (WHO) study has shown that older women are shying away from using protection such as condoms when having sex.

In the US, for example, adults past the age of 40 have the lowest rates of condom use.

According to the WHO, this puts older women at greater risk of exposure to sexually transmitted infections (STI)s.

They are also physiologically more vulnerable to these infections if they have gone through menopause.

The Ministry of Health's Jamaica Annual HIV Epidemiological Profile, in 2015, showed there were over 400 persons between the ages of 40 and 60 living with HIV in Jamaica.

Monitoring and evaluation manager for Jamaica AIDS Support for Life, Xavier Biggs, explained to THE STAR, that there is some credence to the WHO study.

He added that persons only see the use of condoms for preventing pregnancy, and since the chance of getting pregnant is lower for older women, condom use is diminished among the 40 and over age group.

"Men overall have poor health practices regardless of the age ... for older women, they were brought up with the thinking that the topic of sex is taboo, so they are a bit more hesitant to discuss it," he said

Biggs also added that intergenerational relationships, where one partner is significantly older than the other, are cases where this poor sexual health practice is prevalent.

"The older person would believe that they are in a stable relationship, they are more trusting of their partner and the partner may not be as faithful," Biggs said.

When THE STAR asked two women if they used condoms when having sex, one woman, Miss J, who is 56, after laughing at the question, replied "No baby ... mi man nuh use dem suppn deh."

Another woman said she has been using condoms since passing 40 and would continue to use them until she was no longer sexual active.