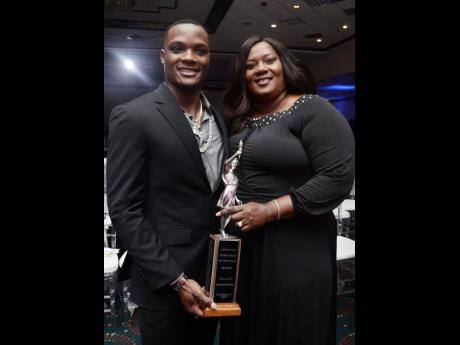 The RJRGLEANER Sportsman of the year Omar McLeod, poses with his mother Arnella Morris, after collecting his award earlier this year. 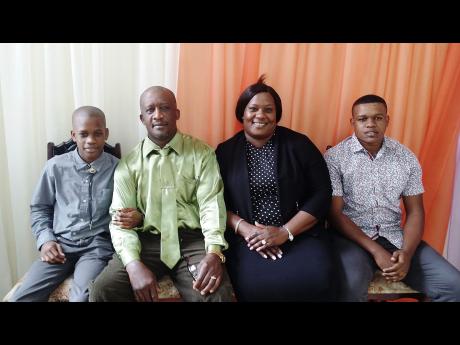 As a schoolboy, Omar McLeod left Manchester High one afternoon in tears. A schoolgirl, his mother said, called him a 'cruff' and told him that he would not come to anything.

"It was a female student who told him that because he was pursuing athletics that he couldn't run, and so he was a cruff. He cried come home to me that evening. But Omar told me that she was the one who encouraged him to do well with her negative words, that he was a cruff," said Arnella Morris, the proud mother of the champion hurdler.

Morris said that the evening when her son told her that the female student called him a cruff, she told him to prove her wrong and that he did.

"When he went to France and came back, I said to him, You see what you won? Gold! He turned to me and said, 'Every time I remember that girl who told me I was a cruff, I pushed myself more.'"

McLeod, 23, is the current 110m hurdles Olympic and World champion. And, on Friday night, he added the RJRGLEANER Sports Foundation Sportsman of the Year for 2017 trophy to his cabinet.

"I am so proud of him. I am feeling overwhelmed; I am excited. It brought me tears of joy when I saw him and I heard his name called."

It was all smiles as Morris spoke to The STAR at church on Sunday. McLeod said that she shed tears at the RJRGLEANER Sports Foundation Sportsman and Sportswoman of the Year gala because she knew that her son would have copped the top award.

"I knew that he would have become a World champion from he was nine years old. I remember Omar always set up a number of bottles in the road at Sanguinetti and he would jump over them with other persons, including his brother Romario. He would jump over them and nobody could beat him. Because of that, the boys in the community called him runner," she said.

Morris said that her son has always been one for big dreams.