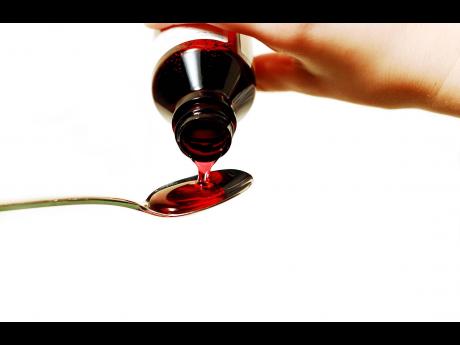 Local college students have moved from smoking the occasional spliff before or after classes and graduated to a higher level by using prescription drugs.

The recreational use of pills such as Xanax and prescription cough syrups, which is popular in the US, seem to be creating a buzz in Jamaica.

University couple, Keisha and Joe*, spoke to THE STAR about their experience with drinking cough syrup.

"Me did feel well high, yow, like me ah float. Mi whole body di just feel heavy," Joe said, describing the reaction he got from drinking the medicine mixture known as 'Lean'.

Lean is a mixture of codeine-based cough syrup, along with Sprite and Jolly Rancher candies.

"Di Jolly Rancher ah fi get the colour, tru di Sprite and di cough syrup kinda clear when yuh mix it," explained Joe. "Is like you a mix a drink, the syrup ah di rum and di Sprite a di chaser."

The couple said that they tried it out of sheer curiosity.

"My boyfriend likes to listen to (rappers), Young Thug and Future, so he said he wanted to try it, so you know we did," Keisha laughed.

Codeine is a cough suppressant that affects a certain part of the brain, reducing the urge to cough. Xanax is prescribed for persons who suffer from anxiety and panic disorders as it produces a calming effect.

Another college student, Felecia*, said that persons within her circle of friends use these prescription drugs and she wanted to experience it for herself but was disappointed afterwards.

"Like I know some of my friends do those kinda stuff and so I asked one of them to get me one (Xanax) ... but like it neva really do nuttn to me," she said.

The seller indicated that the price is dependent on the type of pill and its dosage.