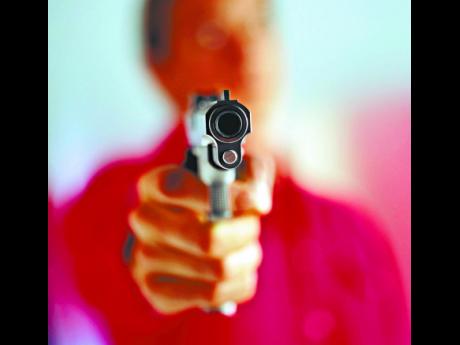 Late last year, while in the middle of a rather heated argument with her babyfather, Shelly-Ann Brown* thought she was being rescued by a Good Samaritan. Instead, the woman and her two-year-old child were shot by the licensed firearm holder.

And the matter has not moved forward since.

Brown said the incident occurred on Hagley Park Road in St Andrew, when Brown and her child’s father were travelling in their vehicle and got into a heated argument.

A licensed firearm holder saw what was happening and decided to intervene.

“Me and mi babyfather did a have a likkle argument. Di man (firearm holder) think him was trying to kidnap me and come, point him gun inna di car and shoot,” she said.

Unfortunately, Brown and her child got shot. The two-year-old received two shots in the leg and had to be hospitalised for five days.

The child's father was unharmed in the shooting.

She said the matter was reported at the Hunt's Bay Police Station and that she was informed that the shooter had turned himself over to the police.

Brown said that she has not heard from the police since then, and despite her numerous attempts to get in contact with the investigating officer, she has been unsuccessful.

“Me call the station ask for him, and the person who answer the phone tell him not working till after 6. Me call back after 6, and dem say him unavailable,” she told THE STAR.

Brown got the assistance of an attorney, Diane Jobson, who said that she has been having the same challenges getting in contact with the investigating officer.

Jobson said that the police wouldn’t even give the name of the firearm holder, who they claim had turned himself over to the police following the incident.

“Not even the name of the man, she can get from the police, even if she wanted to pursue civil proceedings,” she said.

Brown said that she has already made a complaint at the Office of Police Commissioner and plans to continue following up on the matter until it is resolved.