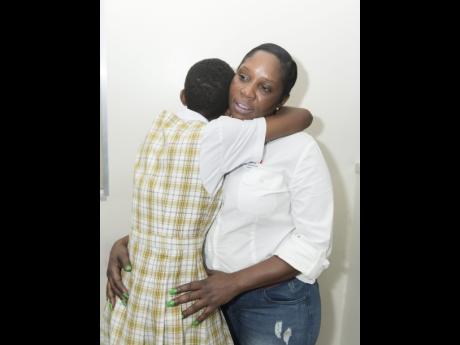 Nordia Campbell claims that her daughter is being unfairly treated at school.

Nordia Campbell, mother of Ananda Dean, is calling for the protection of her other daughter, an eighth grade student at a Corporate Area high school, whom she says is being harassed by teachers.

Campbell recently pressed charges against a teacher at her child's school after he allegedly struck the child with a stick. Campbell said that her daughter received a cut on her nose, which required stitches to close the wound.

The teacher has since been arrested and charged with assault occasioning grievous bodily harm. He is scheduled to appear in court on February 23.

Campbell is alleging that her daughter has been subjected to unfair treatment at the school since the matter was reported to the police.

"I don't want her back in the school at all," she said.

Campbell said that she has already gone to the Ministry of Education to request a transfer for her child.

In 2008, Ananda Dean, 11, went missing after leaving the Swallowfield All-Age School. Her body was found in the community of Cypress Hill, St Andrew, two weeks later. The Ananda Alert system for reporting missing children was launched in May 2009 and named in her honour.

Campbell said that she is not taking this incident involving her daughter lightly given the ordeal she endured after losing Ananda.

"Why is always my pickney dem things a happen to? Why?"