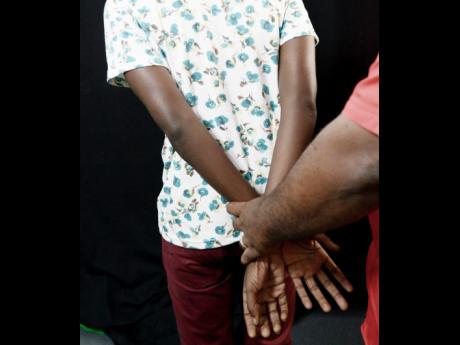 A 32-year-old man who was imprisoned for two years for housebreaking and larceny has once again found himself in trouble with the law for a similar offence.

He is AndrÈ Simpson of Spring Ground in Manchester. He is to appear in the Manchester Parish Court today to answer to the charges.

According to the Spaldings police, a report was received on Sunday, March 18, at about 2 p.m. that the house of a retired teacher at Glencoe Meadows in Spaldings was broken into.

The police went to the premises, and on arrival, they noticed that a window had been pried open.

It is said that the police suspected that someone was still inside the house when they arrived.

While searching the house, the police reportedly heard strange sounds coming from the ceiling of a closet.

It is reported that the police instructed the person in the ceiling to come down. It is understood that following the instruction, a man cried out begging the police not to shoot him. He later came down.

It turned out that it was Simpson.

It is understood that he was found with an undetermined sum of money.

He was also seen with a security sensor, which he removed from the window when he entered the house.

The police said that while they were in the house with the burglar, a large crowd converged on the scene and were begging the police to let him go so that they could carry out their own justice.

However, Simpson was instead taken in for questioning.

He was subsequently arrested and charged with housebreaking and larceny.