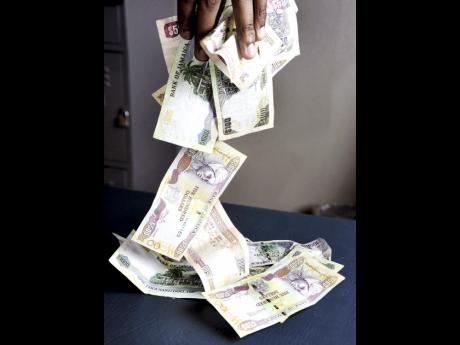 In 1996, Amos Joseph said he lodged $40,000 with a bank in the Corporate Area. He had intended to use the money to purchase a piece of land.

But, Joseph, 80, said that instead of using the money, he opted to let it remain in his savings account.

However, last Monday, when he visited the location that he had deposited the funds, he was shocked to find that the bank had not only moved, but his money had also disappeared.

"I didn't go there for a period of time, and I hear say the bank moved to [another location in St Andrew]," he told THE STAR. "I went there and I asked them about the money, and dem send mi to go and get mi ID, and when I get mi ID and guh back, dem tell mi say dem can't find mi account," Joseph added.

Feeling he was robbed, he took his bank book and ID to the police to report the matter.

"I never draw nuh money from it, and I guh there now because I want some money to look 'bout some business, and dem tell mi say dem nah no trace a my account," the former mechanic and taxi man said.

Member of Parliament for South St Catherine Fitz Jackson, who has been lobbying to prevent banks from charging excessive fees, says that once Joseph has proof, he is entitled to some reimbursement.

He theorised that the account was now considered dormant.

"The bank should give him information on it because they would have the record and would have turned it over to the accountant general for him to collect," he said.

THE STAR could not reach the accountant general for a response, while the financial institution in question did not respond to our queries.