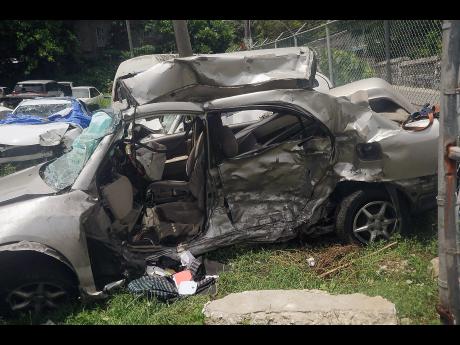 One of the vehicles involved in the fatal crash that occurred along the Hopewell main road in Hanover on recently. Five persons were killed in the accident. 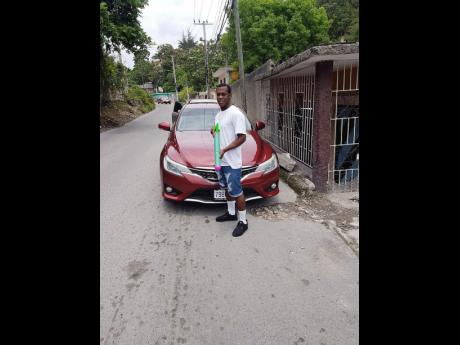 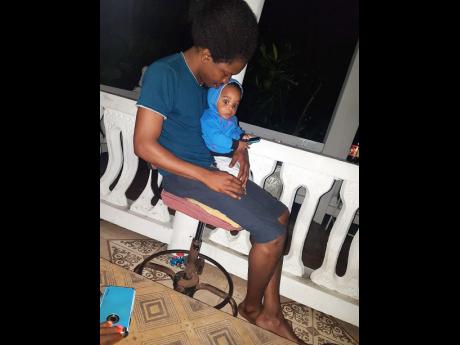 Residents in Green Pond, St James, are still coming to terms with the tragic loss of who they call prominent members of the community who died in a two-vehicle accident in Hopewell, Hanover, on Sunday.

They were said to be on their way from an event in Negril, Westmoreland. The fifth victim, a female, is yet to be identified.

Two other persons, a man and a woman, have been hospitalised in critical condition.

According to residents French, Brown and Jones were somewhat inseparable

"They are prominent youths that we can call upon for community projects," Dean Reid said. "They are ambitious and positive influences to their peers in the community. Believe me, of all the things, I feel this one."

"Look how near dem did deh to dem yard. This one hard fi take," said Joan McMurrine. "When I hear last night (Sunday night), I go a my bed same time, hoping say when mi wake up somebody woulda tell mi say a nuh true."

Reports by the police are that about 10 p.m. on Sunday, a silver Toyota Corolla motor car driven by Jones was travelling towards Montego Bay with the three other men and the female on board.

On reaching the vicinity of the Hopewell service station along the Orchard main road, Jones reportedly lost control of the vehicle, and it collided with a white station wagon travelling towards Sandy Bay.

Neville Gooden, a resident of Green Pond, told WESTERN STAR that he was a part of a group of persons returning home from an entertainment event in Negril.

"A the whole a we come down, and when we reach KFC downtown, we seh yow, how them don't reach up yet, and we started calling the whole a them phone, and a voicemail we a get," Gooden said. "While we were still calling, a girl text one of my friends and seh she si one a we fren inna accident where five of them dead. So mi count the people who were in the car and realise that it was five of them, so we go back a Hopewell and realise that it is the five a them dead fi true."