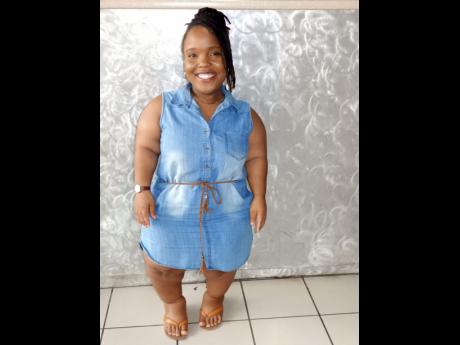 Come September, Renay Knight will be ending the year off that she took from the University of the West Indies, where she is pursuing a bachelor's degree in journalism.

After being one of the two selected from Jamaica in the British Council's Future News Worldwide competition, she got the opportunity to travel to England and be a part of the journalism process there. The experience, she said, was invaluable. It was also refreshing to walk the streets and not be singled out for curious stares and rude comments.

Knight returned to the island in December and it was back to the reality of being subjected to stares, insensitivity and the stark reminder that she is different.

"I've been this way for the past 23 years, I've known no other way of life. This is my body which I have come to accept," she said of her dwarfism.

Knight said home for her is much more than somewhere she lives; it's her sanctuary, a place where no one sees her as being different. Certainly not her mother, who is also a dwarf.

"She had prepared me to be mentally strong," she told THE STAR.

Still, it was not enough for her to deal with some of the blatantly negative attitude and treatment from her fellow Jamaicans.

As Jamaicans, we have a disconnect, emotionally and psychologically, on how mentally ill and persons with conditions like mine are treated.

Knight, who hails from Old Paisley and is a past student of Glenmuir High School in Clarendon, said there are four important things that are already a handicap for her.