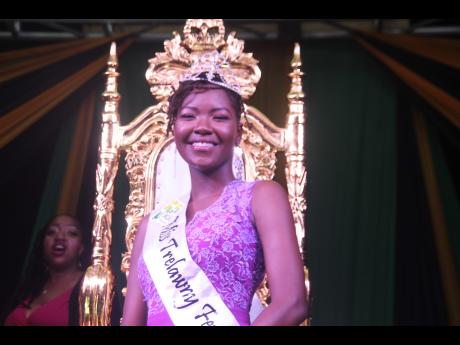 Redden, a Westwood High School student, was judged to be most culturally aware, most poised, and most active in the community.

"I entered the competition because I felt it offered a platform for women to boost their confidence and prove that if you believe and put in the work, you can succeed," she told WESTERN STAR.

Redden hopes to follow in the footsteps of 2001 winner Terry-Ann Tucker and 2006 winner Kaysia Johnson, who both went on to win the national crown.

The national crowning is scheduled for the Ranny Williams Entertainment Centre in Kingston on August 1. Redden, in the meantime, is looking ahead to her reign as Miss Trelawny Festival Queen.

"Throughout my year, I will be working on my project, which is to organise entrepreneurship classes, teach young ladies to write resumÈs, and to develop their innate skill, portfolio," she said.