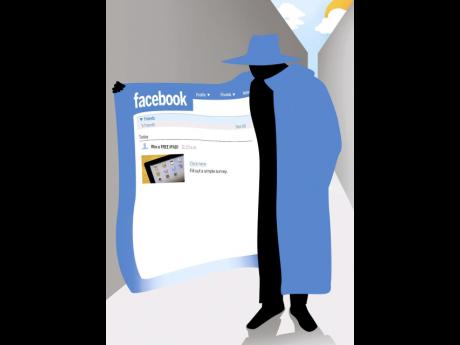 A St Mary mother said she is imploring persons to desist from posting or sharing a captioned photo of her toddler, which states that she is seeking financial assistance to undergo heart surgery.

Natalia Whyte said she was surprised when she saw a picture of her daughter floating around on social media, stating that she had no idea who made the post.

According to Whyte, her daughter does have an issue with her heart but the condition is not detrimental.

"She does have a minor heart problem but the doctors are working to fix it. She does not need to undergo any operation at all, so I don't know why they are doing this," she said.

"It is a scam. I really don't know who posted a picture of my baby online. I know it has been making rounds on social media, but I have nothing to do with it at all. Someone is using my info and a picture of my daughter and it's so wrong," she added.

Whyte said that she has received several calls from individuals who offered to help but she has declined their offers.

"Please just stop sharing it. I don't know what is the intention of the person who first post it but I just want it to stop. Someone is trying to create a scam but isn't smart enough because they used my number," she said.