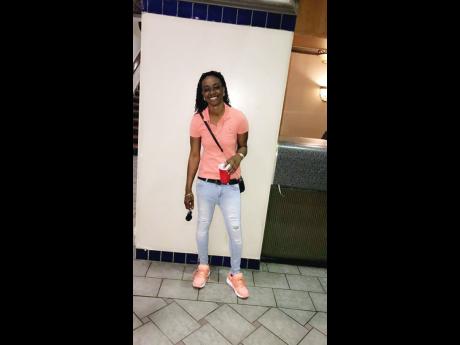 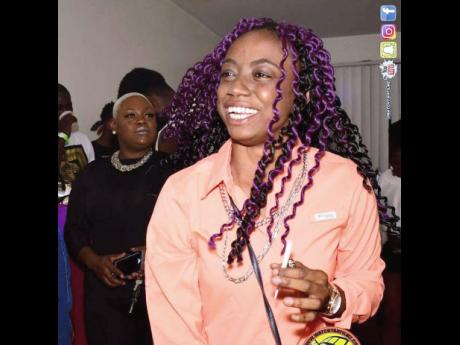 "Growing up for me was easy because my mother made sure I have everything I want, but internally, I battled stuff that no one understands. Some days, I will get up and feel like a girl, and another day I feel like a boy," said Vanice 'Pretti Don' Parkes.

Last week, the social media blogger announced to her thousand of followers that she was born different. She has two sex organs.

Pretti Don told The STAR that she felt it was time to revealed the family secret to the world after her ex-girlfriend threatened to make the announcement.

"Last year, I had a bad split with my girlfriend after I met into a terrible car accident. We eventually got back together, but before that, she went to a place that I chill out and told everyone that I was born with a penis, and all of the guys wanted to feel me up. I let one of them do it, but because I wasn't aroused he thought that he just felt a 'fat cat'," she said.

"We had another big split, and she threatened to tell everyone, so I decided that I was going to share it because it is my business and my secret. I was not going to allow her to lash me with it, so I just came out and tell the world," she added.

The 27-year-old Portland native, who now calls Florida home, stated that her family kept her intersex condition a secret for decades but credits her mother, who constantly compliments her and showers her with praise for being different.

"This is a secret that my family carried for years. It wasn't anything that anyone in the family talked about. They were probably a little ashamed because you know how negative people can be," she said.

She however stated that sometimes she is an emotional roller coaster because her physical conditions does not neatly fit the classifications of male or female.

"I face a battle of having split personalities. There are days when I sound just like a female, and another, me voice get coarse and people would think I am acting, but its not. I have a very big Adam's apple, so my voice gets really deep at times," she said.

According to the blogger, there was a time when she felt ashamed of "what she had down there", and this gravely affected her past relationships.

"There are times when I would meet someone and want to tell them who I really am, but I am so scared because you know how Jamaicans can be at times. At age 19, after a girlfriend and I broke up, she told me that she love me but she didn't dig the way I was born, [so] she couldn't do the tings dem to me whe she woulda wa fi do," she said.

Now that the cat is out of the bag, Pretti Don said she feels burden-free and encourages others in a similar situation to make that brave step forward.

"I feel free now that I have let it out. I used to think that I didn't belong because I am different from society. Everyone has accept me, and I feel really good. A lot of persons don't have the courage to come out, but I want to let them know that its OK to do so. Just do it and feel the peace of mind that I now experience," she said.