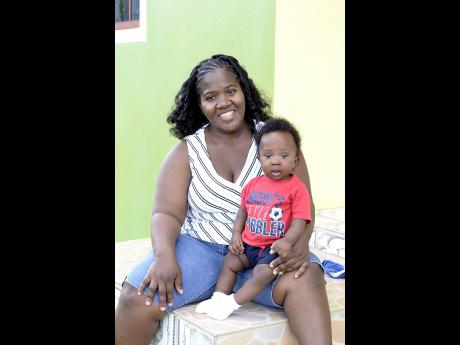 Vashtina Blackwood and her son, Jevaughn. 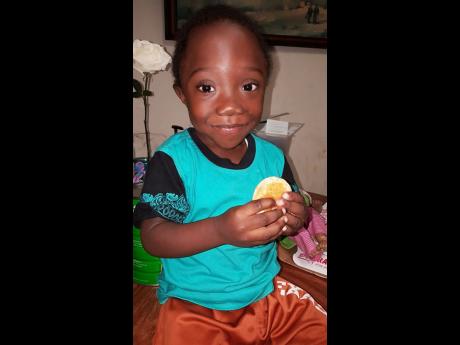 Jevaughn Blackwood has the qualities of a normal three-year-old. He is very energetic, and his smile is wide enough to melt anyone's heart.

But behind the toddler's smile are terrible headaches caused from a medical condition called Craniosynostosis. He also suffers from Rickets, which causes him to have the height of a one-year-old.

Craniosynostosis occurs when one or more of the fibrous joints between the bones of the baby's skull (cranial sutures) close prematurely (fuse), before the baby's brain is fully formed. Brain growth continues, giving the head a misshapen appearance. In Jevaughn's case, his skull is also shrinking, causing headaches and protruding veins.

According to his mother, Vashtina Blackwood, the only way to correct her son's medical condition is through surgery, which will cost at least US$30,000 (J$4,117,722). The operation is expected to take place at a children's hospital in Atlanta, but she said that they are unable to set a date because they are yet to secure the required money.

"No date has been set as yet for the operation because we are yet to get the funds, but this is needed as soon as possible. We know that we will not be able to provide all that is needed for this surgery, so we are appreciative of whatever help we can get. His head is already deformed, but that is fine, so long as he is alive and able to function. He has always been a sick child, and the medical expenses have put a financial and emotional strain on us," she said.

Blackwood told THE STAR that her son was born a healthy baby at the Mandeville Regional Hospital, but months later he became very ill and was diagnosed with bronchitis, then asthma. She stated that as he grew older, he developed more complications, and it was then that she realised his head was growing abnormally.

"I pointed out the veins that he had at the side of his head to several doctors, but they told me it was normal. I was very concerned, especially when he cried because that's when they would get extremely large. But they (doctors) said he was normal," she said.

Jevaughn was eventually diagnosed with Craniosynostosis, while he was being tested for another condition in the United States in June. Blackwood stated that the primary surgeon is charging her US$10,000 (J$1,372,574), and he would be assisted by two other doctors whose fees are also not included.

"These funds will be used to give him a chance at survival. If he does not do the surgery, he will die. In the meantime, he could suffer from cognitive impairment, no energy or interest (lethargy), blindness, eye movement disorders and those which have already started, headaches and developmental delays," she said.

A GoFundMe account has been set up for the youngster called 'Brain Space for Jevaughn', and it has only has only raised US$125 (J$17,157) so far. Persons wishing to donate may also make their contribution to Vashtina Hyre's Scotiabank account number: 817935, Santa Cruz branch.