Tears for Dajohne - Family, school struggle to deal with death of May Pen child 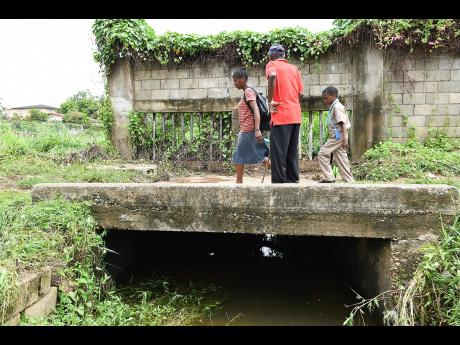 Residents walk across the bridge off Montclair Drive in May Pen, Clarendon, where the child drowned on Monday. 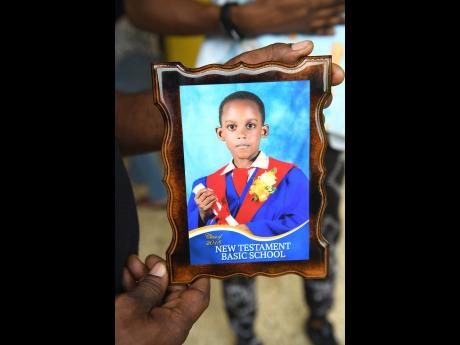 Dajone Pennant, the child who drowned off Montclair Drive in May Pen, Clarendon, on Monday. 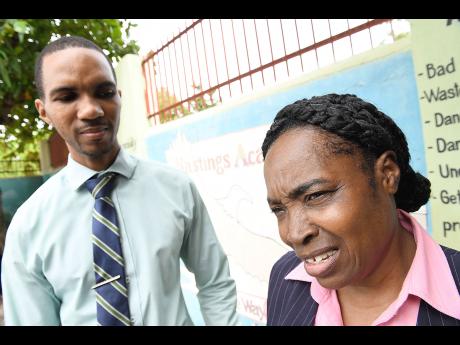 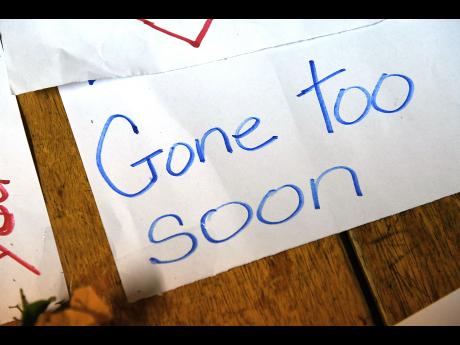 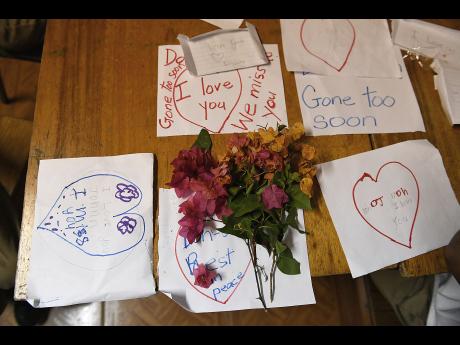 Grade one students from Hastings Academy display tributes they wrote for their deceased classmate.
1
2
3
4
5

Decorations and words written on heart-shaped paper lined what used to be the desk of six-year-old Dajohne Pennant at the Hasting Academy in May Pen, Clarendon, yesterday. Dajohne drowned on Monday after heavy rains.

He spent just one month at the school, but it was enough time to grow on his teacher, Imogene Bryant, principal John-Mark Hastings, and his classmates.

Bryant said the students, having learnt of his death, became sad, but she encouraged them to write things to him.

Recalling her last day with him on Monday, Hastings said Dajohne was happy all day.

"Dajohne was ready to learn, we were hoping the best for him," said Hastings, who described the untimely passing of the child as heart-wrenching.

"We are still in shock at this point, dealing with everything," the principal said.

Back at his home in Oliver Gardens, there were sad faces, with intermittent tears from his mother Candice Chambers and grandmother Annette Williams.

Williams, between tears, told the CENTRAL STAR that it was rough going for the family.

"Monday night, he came to lie down beside me and gave me the tightest hug," the grandmother added.

Pennant's mother was too distraught to talk. Williams also shared that her grandson's father in Kingston, Max, was grief-stricken.

"When mi talk to him, he said he has clothes in his draw for Dajohne weh him buy weekend. Him never mek him want nothing. If him madda call him today, him nah mek it run two days and him nuh bring it or send it with someone," she said, adding that Dajohne was his only son.