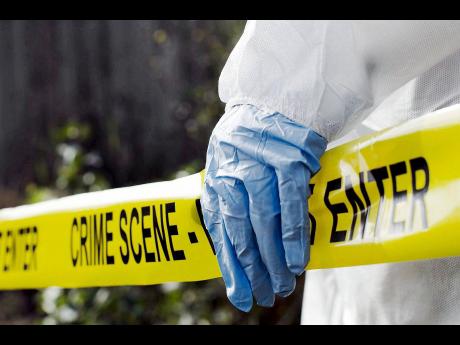 Investigators attached to the St Andrew South Police Division are now probing the circumstances surrounding a shooting incident which occurred at a restaurant on Abernethy Drive in Duhaney Park, St Andrew, on Monday.

The tragic incident resulted in the death of 53-year-old Courtney Russell of Abernethy Drive, Kingston 20.

Another man, believed to be his son, was also shot in the attack.

Reports from the Hunts Bay police are that at about 9:25 p.m., a woman at the cookshop was attacked by an armed man, and both Russell and his son went to intervene.

A struggle allegedly ensued during which several explosions were heard.

When the shooting subsided, it was discovered that Russell was shot multiple times, while the injured male received a gunshot wound.

The police were summoned and they were both taken to hospital, where Russell was pronounced dead. His son was treated and released.

The gunman allegedly escaped in a waiting motor car.

Head of the St Andrew South Police Division, Superintendent Gary Francis, said: "My investigators are pursuing the matter, and I should be briefed shortly. But from what I understand, it would appear as if it was a robbery as the attackers may have made off with something. A woman was attacked and the two gentlemen went to her assistance, both were shot, one fatally."