'God did a spiritual surgery on my body' 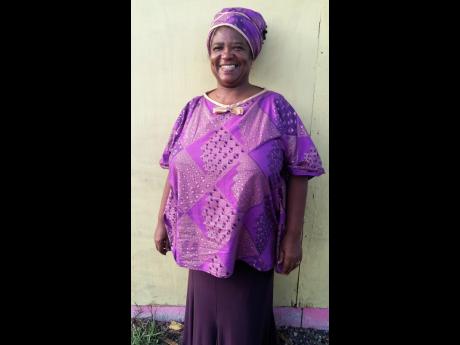 Marcia Watson-Sayers hails from Toll Gate in Clarendon. She is currently an apostle in Georgia, USA, serving in the Faith Line International Ministry. She has been saved for more than 20 years and has seen the mighty hands of God at work over these many years.

Watson-Sayers testified that God has worked many miracles in her life, but she was quick to share that the one she will never forget was when she was healed by her Maker from a slipped disc.

"God did a spiritual surgery on my body while I was in a service. I had X-rays which showed that I had two discs slipped, and when the Lord actually touched my body, I felt a pain in my back. Every bone was pushing up in my back, right until they reached my neck, up to my head. They were pushed up," shared Watson-Sayers.

She said that when the pain suddenly stopped, she asked the Lord what was happening. Watson-Sayers said the Lord told her two words, and they were 'slipped disc'.

"Before that, I was unable to stand up for long, I could not sit for too long because there was pain all over, and that pain just went away suddenly. That is one of the physical healing which God has done for me," bragged the woman of God.

She also shared that she was held up at gunpoint in New York some years ago, while entering an apartment building. She said a gunman hid in a dark area and stepped out on her when she approached.

"It was a cold January morning in the icy weather, and he held me up at gunpoint. I was frightened and I slipped, and I fell on my knees and cried out to God for help on the top of my voice. The gunman told me to shut up, but the more he was telling me to shut up was the more I called out to the Lord. I kept saying, 'God, help me'. And a dog which was next door was there in a basement barking," testified the apostle.

The woman of God said that with her there calling on God and with the dog there barking, the criminal walked away, leaving her unharmed. She said she was able to identify the person because he was someone she knew, although he did not know her.

"He was a man who is related to my uncle's wife's niece, and he was a murderer. He came into a store in which I was working in Manhattan the day before the incident, but he was someone whom I did not talk to because of his lifestyle. I was about to ask him what he was doing in the store, but the Holy Spirit blocked every word I said," shared Watson-Sayer.

She said she did not known the reason for that until the night she was held up by the man at gunpoint.