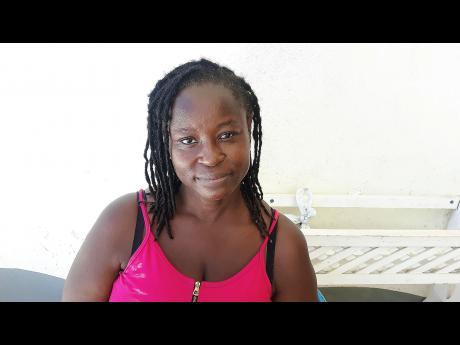 Nicola Armstrong is convinced that a man who lives in Trelawny is her son who she was told died 26 years ago.

Armstrong, of Greenwood, recently created a stir at an infant school when she confronted the man who she said is her son, Rudolph Fritz Earle Dodd Jr.

"I approached him because even though I have not seen him in 26 years, I recognised him because he is the dead stamp of his father," Armstrong said.

LIFT UP HIS SHIRT

She told the man that she was his mother, but he ignored her and drove off.

"He has a big navel and I tried to lift up his shirt to show that I knew what I was talking about," Armstrong said.

A teacher at the school confirmed the incident.

"It was at dismissal time and many parents were there picking up their kids," the teacher said.

The WESTERN STAR understands that the man threatened to have Armstrong arrested if she pulled such a stunt again. However, she insisted that she will not stop until her 'son' realises that she did not accept the story that he died.

"He is my only child. I don't want anything from him except him admitting that I am his mother. I am willing to pay for the DNA test to prove that he is my child," she said.

"When my son was 11 months and three days old, I took him to his father. Two days later, I went back for him and was told he had died. I did not believe and I have been searching for him since," she told the WESTERN STAR.

According to Nicola, this happened 26 years ago. She has gone to the Registrar General's Department and has been unable to locate a death certificate.

"They put all kinds of stumbling blocks in my way because they say I am mental. I know what I am talking about. He was born on September 4, 1992," she said.