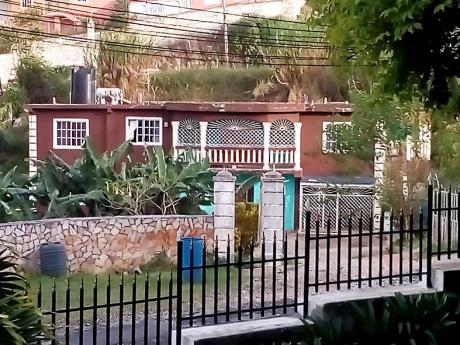 Linton Stephenson's body was found at his home in Manchester.

With many speculating whether or not 54-year-old Linton Stephenson, the man believed to be responsible for the August murder of 25-year-old Khyhymn Campbell, is actually dead, the police are saying there is now evidence to confirm the speculations.

Head of the Manchester police, Superintendent Wayne Cameron, who was speaking at the Manchester Chamber of Commerce meeting on Thursday, said that the speculations are baseless.

"I don't know where people get this information from. To conduct a post-mortem means that the individual (deceased) would have to be properly identified by relatives before we can proceed, and that was done," he said.

"I have received the fingerprint results, so there is now forensic evidence to prove that it is the same individual," he added.

Campbell's body was found in an igloo in a motor car along Marshall's Pen Road in Manchester on August 28.

Following attempts to apprehend him, Stephenson's decomposing body was found on September 6 with a bottle of toxic substance beside it at his home in Manchester.

According to Cameron, Khyhymn Campbell's father, Dr Amos Campbell, has been "consistently making public comments on this." However, Cameron said that the evidence shows that Stephenson is actually dead.

He also noted that Stephenson was convicted in St Thomas for felonious wounding in 1980. He was later convicted in the Home Circuit Court for murder in 2007 and sentenced to 15 years, eight of which he served before he was released on parole.

"Everything that he has done in his life up to his death we can chronicle now, and anyone who wants that information we can give it to them," Cameron said.

"I would hope that we can put this matter to rest in the hereafter," the commanding officer added.