Gardens of Kingston: Far from majestic - Back To wants upgrade of facilities 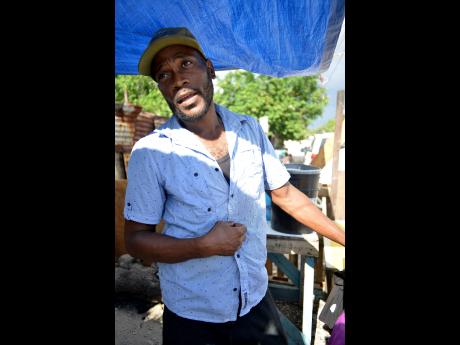 Kevon McLeish, a resident of Majesty Gardens in St Andrew. 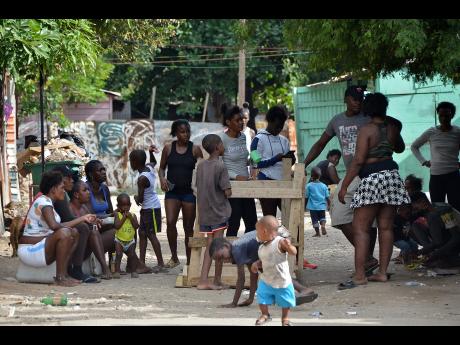 Men, women and children in their community of Majesty Gardens in St Andrew.
1
2

For the past seven months, Kevon McLeish has been selling soup in his Majesty Gardens community in St Andrew. McLeish spent years operating from a spot at Portia Simpson Miller Square, but construction work in the area has forced his relocation.

The 30-year-old said he is extremely satisfied with his sales but feels quite the opposite about social and infrastructural issues in his Kingston 11 community. McLeish prays for the day when the zinc fences and board dwelling in a section of the community will be replaced by concrete structures. However, those are at the bottom of his wish list for now.

"Back To (Majesty Gardens) still has potential to be somewhere great. Look how useful it is now," he said, pointing out that an alternate route now exists in the community which was once a no-go area for many persons.

"What we really need is for the authorities to pay attention to down here. A part of this road does not have any street lights. It don't affect people who are driving past, but fair is fair, and not because we live here nuh mean say when the place dark, we nah go feel fraid," he said.

Another major issue McLeish wants to see addressed is that of sanitation.

"A whole lot a residents still a go bush. Bag still a fling like slingshot. This is not normal lifestyle, but right now we just have to make the abnormal becomes normal," he said.

"No pipes or pits are at everyone houses, so its hard to build a toilet when there is no pit," he added.

The vendor reasoned that some persons are forced to accept this messy situation because they do not have proper bathroom facilities. Majesty Gardens falls in the constituency of South West St Andrew. It is represented by Angela Brown Burke in Parliament. She took over from Portia Simpson Miller who was member of parliament for nearly 40 years.

The community is a tale of two cities, with the northern section boasting proper housing and roads, and the southern section being a picture of neglect. A communal standpipe is at the bottom section of the community, which some residents use as both a bathroom and a water harvesting facility.

"I'm sure children lose their innocence this way and it will make them fall in love way too early. Them a see penis and vagina because a outside them a pass them waste. More time yuh see them at the big pipe a bathe. Nuh crime no really round here now, but trust mi, things deh here whe need fixing," a resident said.