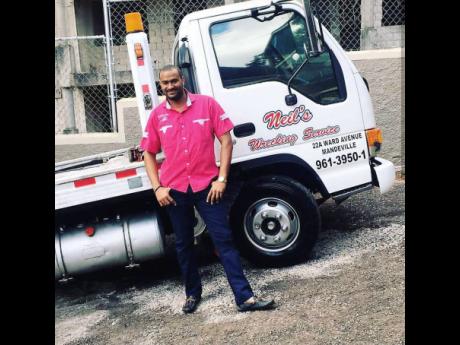 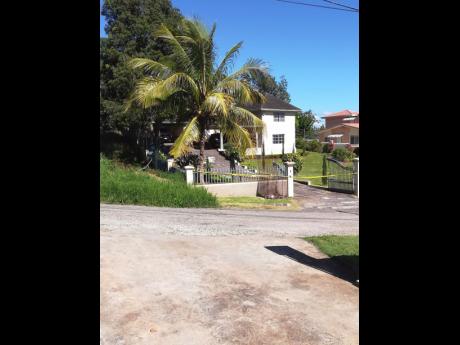 The house where Neil lived in Ingleside, Manchester.
1
2

The business community in Mandeville was sent into shock yesterday as news broke of the death of 33-year-old businessman Jason Neil of Neil's Auto Repair Services, located on Ward Avenue.

Neil is suspected to have committed suicide by shooting himself in the head at approximately 7 a.m. at his home in Ingleside.

According to police reports, his wife, who was at home at the time, heard an explosion.

When she went to investigate, she found her husband on the bathroom floor with his licensed firearm beside him.

Neil is described as a very jovial human being who always had a smile on his face.

"He was one of the sweetest persons you can think of. Upon seeing him, the first thing that would greet you is a smile. He loved his truck and he loved what he did," said a cousin of the deceased who requested anonymity

But family members,co-workers and friends became concerned as Neil, who drove the wreckers for the business, reportedly became withdrawn.

"We saw that he wasn't socialising as he used to. He was making small calls that he wouldn't normally do, like call and tell me to bring fruits for him," said the cousin. "We don't know if these calls were calls for help, because he wasn't really talking and when you asked him what was happening, he would smile and say, 'everything is good'. But we knew something was off, because he wasn't driving his trucks and he looked as if he wasn't here"

According to his relative, he returned from a trip to Canada three weeks ago and it was since his return that he started desocialising.

"It really hurt me when I think that he was going through things he didn't talk about, because if he did, he would, have got all the help in the world because this family is a very tight unit ... I don't even know how we will manage this Christmas without him," said the cousin.

The police are still investigating.