Some pastors have to answer to God - Blair 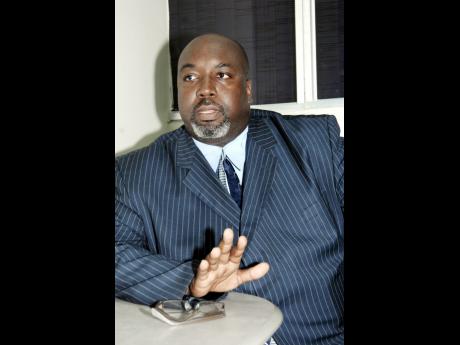 Pastor Bishop Herro Blair Jr believes that some of his religious colleagues will have a lot to answer for on judgement day for the manner in which they have gone about raising money for their churches.

"A lot of people take the gift of preaching and they use it to try to make money, and that is not what it is about," Blair Jr said.

He was contacted by The STAR to comment on money-collecting ploys being employed by some pastors, especially those overseas. Blair Jr said that being in the ministry should be about saving souls.

"It is about bringing deliverance to the captive, it is about healing the hurt," he told THE STAR.

Although he says that money is needed in order to survive, and the church needs to make money in order for the doors to remain open, Blair Jr said that he does not agree with some the methods that some pastors have employed to get collections.

"An offering is a free-will gift from an individual to the church, tithes is a responsible giving for the upkeep of the church and the pastor. So for us to be doing gimmicks for free-will offering, I think it is pulling on the emotions of people," he told THE STAR.

"I don't mind if I am praying for a person and they say, 'pastor, here is something'; and even then, I have a choice to determine whether I am gonna take it or not, because it is not all about money," he added.

And he believes that all pastors should be transparent and tell Church members how much money is collected and how it will be spent.

"If they are not transparent, the members shouldn't give. you must know what the money is doing," he said.

Meanwhile, deacon Derrick Foster of the Sts Peter and Paul Catholic church, says it is totally wrong for pastors to demand or dictate how much offering, each member or visitor of a church should give.

He believes that pastors should take into consideration, that members can give according to their needs.

"You cannot give to the church and at the end of the day, you do not have anything for yourself," he told THE STAR.