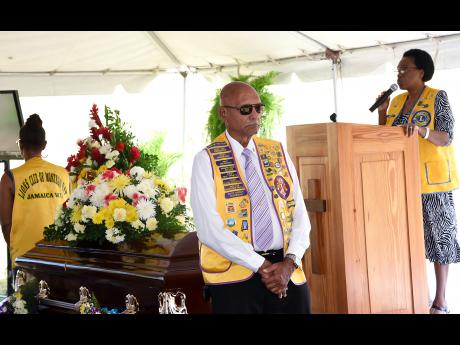 Members of the Lions Club of St James stand guard at the casket bearing the remains of Oswald Martin at the Dovecot of St. James Memorial Park on Saturday. 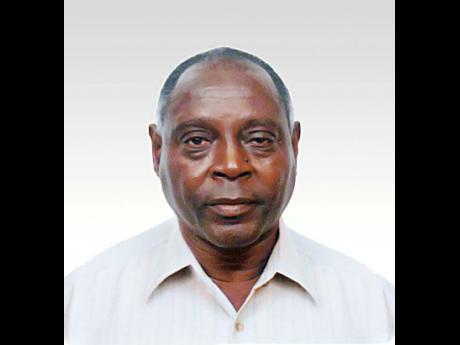 The children of Oswald and Lynden Martin have announced the establishment of a foundation in their honour. Speaking at the funeral for his father on Saturday, Christopher Martin said his parents were committed to community service.

"We have seen, first-hand, the work of our parents in touching the lives of thousands of people with love. We have decided to continue his philanthropy through the Ossie and Lyn Martin Foundation, where we will, in an orderly and timely manner, continue to lend support to those in need," Martin said.

Scores of mourners on Saturday paid their last respects to the memory of Oswald Martin, a Montego Bay businessman, who dedicated his life to service. The funeral was held at the Dovecot of St James Memorial Park.

Affectionately called 'Ossie', Martin was born on May 28, 1939. He spent his life providing philanthropic services to many through the Montego Bay Lions Club, the Leo Club and through his business establishment, United Finance Sales and Services.

Vilma Campbell, president of the Lions Club of Montego Bay, said: "Lion Ossie's passion was to serve and help others".

Janet Silvera, first vice-president of the Montego Bay Chamber of Commerce and Industry, said Ossie was a honest, kind-hearted man whose generosity for the less fortunate had no boundary.