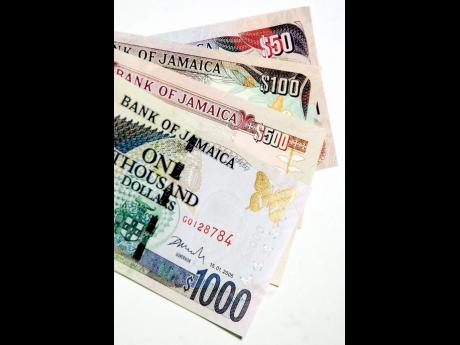 Mary James* has been waiting for 42 years for her neighbour to pay an outstanding debt of $3,000.

Her daughter Martha* said her mother sold an acre of her land in St Catherine in 1976 to a man who said he wanted a spot for his son, who was on the verge of starting a family.

The man had paid J$1,000 to James after signing an agreement to pay another $500 in June of that year, and $60 per month until completion.

However, according to Martha, the contract has been forfeited as her mother is yet to receive full payment.

"My mother had just sold the land because she had a bill to clear up. They haven't paid a red cent from the first $1,000 and them build big house, shop and barber shop on it, which means they could have paid the remainder of the money easily," she said.

Showing The STAR a copy of the contract, Martha said her family is insulted and threatened whenever they ask for the balance.

"Since those people come on the property is bare chaos. They have now built outside of the boundary. Every time mi madda ask dem for her money, dem tell her to go break down the quarry underneath her to feed her hungry belly pickney dem," she said.

She said that her mother does not wish to collect just $3,000, but would rather they pay the present cost of the land.

"Mi tired a dem. We want them off the land or they pay the full value of the land now. Back in the days, $3,000 would mean something but it doesn't now," she said.

She accused the family of various acts.

"All now mi have a bag a stone over mi yard whe dem fling. Dem a torture us from 1976 until now. Mi madda get stroke off a it more than once," she added.

Martha even accused the family of practising witchcraft.

"Sometimes when mi come in a mi yard a evening time, the place stink a oil and powder, and mi nah work obeah. When mi sweep mi yard a bare black powder. Di other day mi a dig up a place to look some dirt and when mi look, three bottles of oil bury deh," she said.

She told The STAR that she has sought the assistance of the police, but said they do not treat it as a matter of importance.