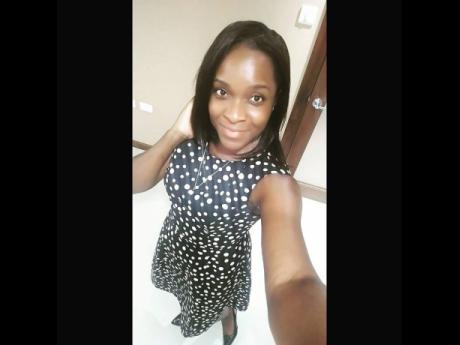 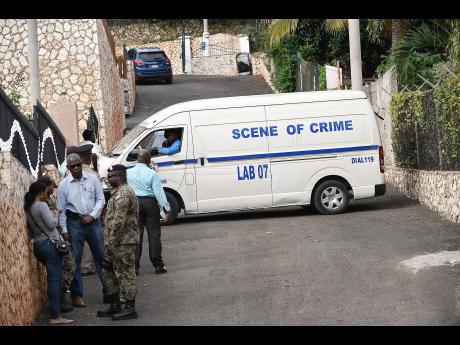 Military police and police investigators at the home in West Kirkland Heights where attorney Nordraka Williams-Burnett was found stabbed to death yesterday. 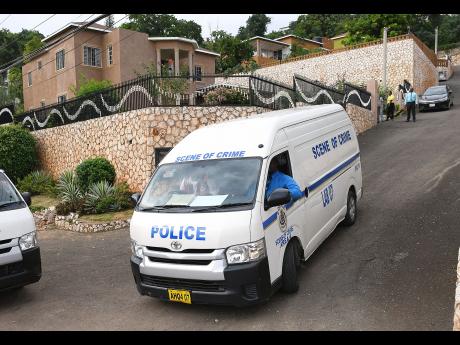 Scene of Crime investigators outside the house in West Kirkland Heights in Red Hills, St Andrew, where attorney-at-law Nordraka Williams-Burnett was found stabbed to death yesterday.
1
2
3

Residents of the usually quiet West Kirkland Heights community in Red Hills, St Andrew, were shocked at the sight of several police and military services vehicles along the road way yesterday.

Upon making checks, they were informed that one of their neighbours, an attorney, was fatally stabbed, allegedly by her husband, a serving member of the Jamaica Defence Force (JDF).
The deceased is 34-year-old Nordraka Williams-Burnett. She was stabbed multiple times.

Reports from the Red Hills police are that at about 5 a.m., residents heard strange sounds and summoned the police.

On arrival of the lawmen, checks were made at the premises, and Williams-Burnett's body was found in a room with multiple wounds.

Her husband Lieutenant Kyodia Burnett, was also seen sitting inside the room. He is now in police custody.

A neighbour told THE WEEKEND STAR, “This took me by shock. They are decent people, Christians who go to church every Sunday ... I have never heard dem argue.”

The incident occurred inside their family home, where they lived with their two children.

Another resident, in awe with mouth wide open said, “I live right there, when did this happen? I heard something on the news but I didn’t know it was so close by. That’s terrible though.”
Williams-Burnett was an attorney-at-law at the law firm Townsend, Whyte and Porter.

Her employer Christopher Townsend, has since told the media that he is saddened by the incident and expressed that Williams-Burnett was a star performer.
Townsend, who is overseas, said he last spoke to her on Wednesday.

While THE WEEKEND STAR was in the community, scene of crime investigators from the JDF's Military Police and the JCF were combing the premises.

The body of the deceased was taken from the location at about 3:05 p.m., while Burnett was still seated in an unmarked police vehicle.

THE WEEKEND STAR watched as he was then placed inside a Ministry of Health van, in the company of police personnel.

When asked by THE WEEKEND STAR why the services of the Ministry of Health was needed, a senior officer said, “There is no rule as to how a scene is conducted. We use whatever means are required for the situation at hand.”

On her Facebook profile, Williams-Burnett described herself as "daughter of the only living God. Wife of one man. Mother of two girls. God's handiwork."