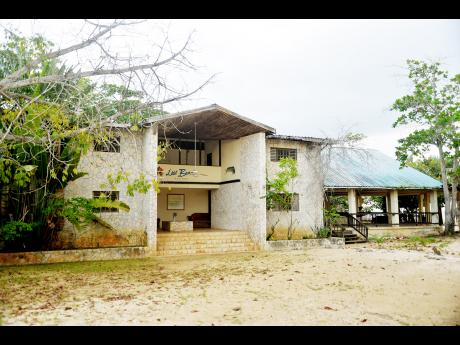 There are calls for the owners of Lost Beach Resort, which operated in the tiny fishing village of Hope Wharf in Broughton, to return life to the community by reopening the seaside property.

Lost Beach, owned by Steven and Elizabeth Welch, opened in 1999 and operated for 12 years, provided direct employment to 30 persons before it stopped accepting guests in 2011.

Karen Reid, a resident and former employee, is appealing to the Welches or the Government to take steps to have the 15-room hotel reopened.

She noted that most of the working people have to go to Negril, 10 miles away, to find employment.

"We read and a we watch on the television where millions of tourists are coming to Jamaica. So we want the owner to reopen the hotel so that young people in the community can get employment," she said. "If they (hotel owners) can't manage it, they, could sell it to those who can. But it cannot be allowed to remain closed for much longer."

"I would love somebody to do that," Welch told WESTERN STAR from his US home in response to Reid's desire to see his hotel reopened. "We bought the property in 1993. It took us six years to get our permit," he said.

Welch, who made several vacation trips to Negril in the early '70s, cited family issues, crime, and world terrorism as some of the reasons he had to close the hotel.

"With all of those activities, my wife won't go back to Jamaica. I love Jamaica, and I have so many friends there, however, Jamaica is not the place we once knew back in the '70s - too much violence coupled with terrorism around the world."

He said that they still employed about six persons as groundsmen and as housekeepers.

"We've being looking for someone to reopen it. We just haven't had such luck. There is tremendous possible growth all along the south coast," Welch said. "If you have US$800 million, then the three-acres beachfront property could be yours."

Ian Myles, councillor for the Little London division, said that if the hotel was in operation, more people would be gainfully employed.

He said that Lost Beach's closure has negatively affected the ability of persons to feed themselves and their families.

"In terms of job creation, or the lack thereof, the closing down of the hotel operations would have seen us losing over 25 direct employments. That, in itself, would have [had a negative impaact] on the communities."