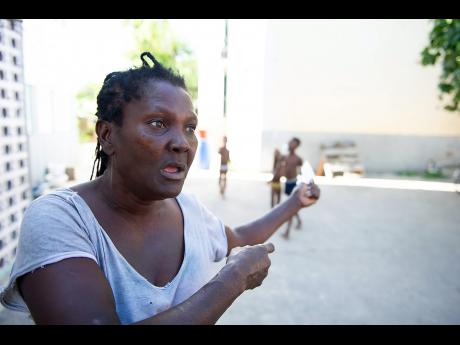 Viviene Badel is still trying to cope with the death of her son. 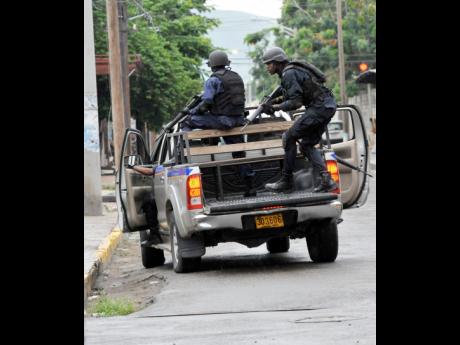 Members of the Jamaica Constabulary Force on patrol during the 2010 operation to arrest Christopher 'Dudus' Coke.
1
2

Standing outside her home with relatives, Viviene Badel's eyes welled up with tears as she remembered the Tivoli Gardens incursion which claimed the life of her son, Austin Dale.

The 36-year-old, who was disabled and used a wheelchair to get around, was staying with his grandmother on Bond street during the unrest.

"The security forces dem beat him out a Bond Street during the incursion and fling him out a him wheelchair. Is a next solider give me daughter dem money to carry him go hospital, but him never live a week. During that time, mi have to borrow money to try save him life and bury him. Right now, a dem same loan deh mi still a pay," she said, crying.

In May 2010, the security forces invaded west Kingston to serve a warrant on then Tivoli Gardens strongman Christopher 'Dudus' Coke.

The violence from the incursion, which largely took place between May 24 and 25, 2010, claimed the lives of at least 73 civilians. At least 35 persons were also injured during the unrest. In addition, four members of the security forces were killed, and more than 500 arrests were made, as Jamaican police and soldiers fought gunmen in Tivoli Gardens.

In 2017, the West Kingston Incursion Commission Compensation Committee, chaired by retired Justice Seymour Panton, suggested that cash awards totalling $134 million should have been made to the estates of men killed by the security forces during the incursion.

However, Badel told THE STAR that she is yet to receive a penny.

"Mi write down mi name more than one time to get compensation, but every time mi hear say it nuh come up on the list, and mi sure mi report the incident to the public defender many times. A true people don't even know. All people who wasn't here during the incursion, mi see get money left mi. Mi never eat when mi son dead because mi have to use the likkle money bury him, because mi couldn't dash him weh like dawg," she said.

"When him fi bury, the police dem never want him pass in the casket come down here so, and is a pastor woman stand up say: 'Is a good pickney dead, make him madda go bury her son.' Sometimes when mi memba it, mi feel like mi a go mad, but is true God a keep mi. Money can't bring him back, but is a lot mi go through when mi lose mi son. Mi likkle bwoy get a death weh him neva deserve," Badel said.

Although the incursion took place several years ago, the tragic incident is still fresh in her mind.

Badel said that as gunmen and members of the security forces traded bullets that morning, she sat outside because it somewhat felt safer. However, she said her motherly instincts kicked in and she knew something was wrong with one of her children.

"Is like mi know say sup'm wrong enuh. During the incursion mi feel heavy, and mi siddung a cry and see some likkle pickney a run come and say: 'Miss Shirley, Austin dead enuh.' And mi say mi know cause mi feel it, and mi just buss out a bawl. A mi neighbour dem all help mi keep the nine night," she said.