‘I wish I could turn back the hands of time’ ... Families hurt after drowning at Treasure Beach 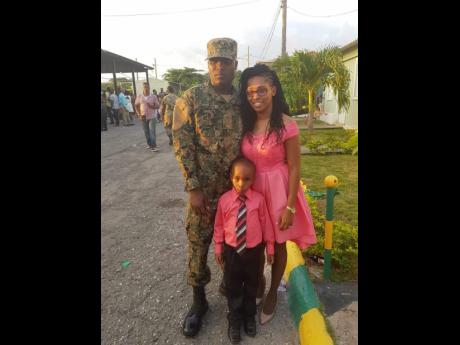 Joseph Anderson and his wife, Chavelene, with their son. 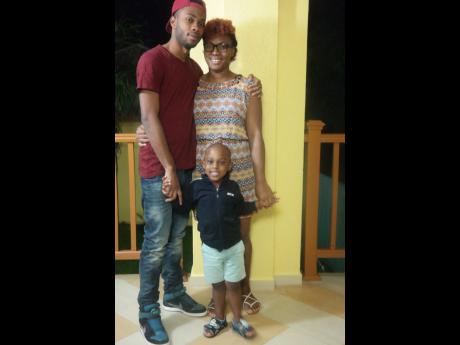 Karanjah Gayle and Joseph Anderson were very close friends who could always be seen together when working on the main campus of Northern Caribbean University, where they studied.

Unfortunately, it was the very same way they left this earth - together - after falling into difficulties while swimming in Treasure beach on New Year's Eve.

Gayle was enrolled in the Department of Communication Studies while Anderson was a computer information science student.

Alicia Lovelace, the mother of Gayle's son, said she wish she could go back in time and change the decision made to visit the beach.

'I could not believe what happened. I really thought they had gone out for a walk. I was not looking to hear that they had drowned," Lovelace said.

Both families were enjoying a day on the beach when Gayle and Anderson decided to go for a swim.

"The news made it seem as though they were far out in the water, and they failed to read the signs at the beach, and swam at their own risk, but that wasn't so. They were close enough to the shore because they knew we had the children," said Lovelace said.

Lovelace revealed that since the incident, her son often cries and says he wishes his daddy was still here.

"He got along great with people, he loved football and playing dominoes, but even more so, he had a great bond with his son."

"The most difficult part of this for us is that people have Joseph's body circulating on social media. It is hard for us, and while we mourn we don't want to see that. What is even harder is the fact that we cannot find Karanjah's body, so there is no closure," she said.

Anderson's wife of approximately five years, Chavelene, was too stricken with grief to speak. For time unknown, she will have to find a way to cope with her husband's absence and raise their son, with the help of relatives and friends.

"We were all one big family. We once shared an apartment and we would take turns visiting each other's families during the holidays ... I don't know how to even begin accepting what has happened," said Sheena Drummond, a close friend to both men and their families.