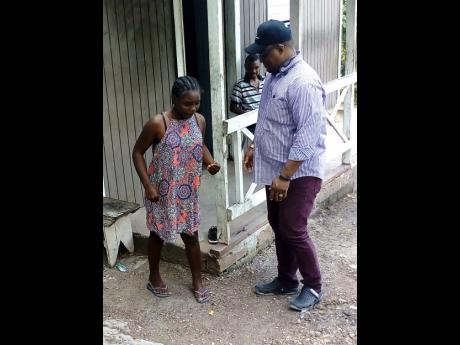 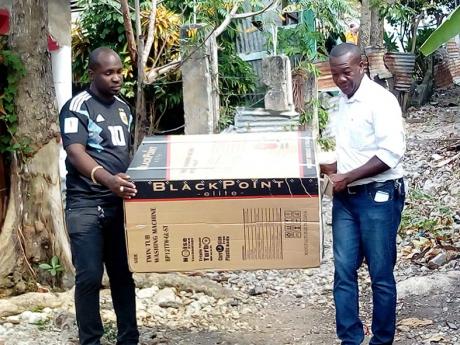 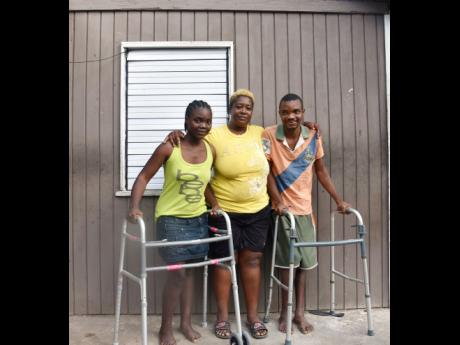 Clarke provided Sherrian and Courtney Irving with walkers and a washing machine.

"We are still appealing for foodstuff, clothing and anything that you think that they are in need of," Clarke said. "We will gladly accept them they, too, have to live and they are unable to work."

The WESTERN STAR reported last week that the siblings' sickness has puzzled the residents of Salt Spring.

Sherrian, 25, and Courtney, 24, were both healthy when they were younger, but now both need help to walk.

"They were strong and healthy people, and nobody knows what has happened to them. They can't move their legs and are forced to walk with a walker," Sharon Hilton said of her niece and nephew. "It's a sign, nobody knows what happen to them. Their father ... has three other children who are not experiencing any signs of physical disorder."

The siblings want to become prosperous individuals, but their ability to achieve that is being overshadowed by their physical challenges.

Clarke told the WESTERN STAR that he stumbled upon the Sherrian and Courtney while delivering Christmas packages to the elderly.

"We discovered these two siblings who live on their own and were in need of care," he said.

"Upon reaching their home, we realised that it was more than what we anticipated. They were really in dire need of assistance we gave them something at the time and we pledge that we would return in the new year.," he said.

"Sheridan's wish was that she could get a walker just so that she would be able to move about without falling, because, as you realise, each time she tries to walk on her own, she falls to the ground," Clarke told the WESTERN STAR.

"And if she falls, unless somebody helps her to get back on her feet, she would have to stay there or crawl towards the side of the house for support in order to get up.

"When we gave them the walker, my heart broke and we did a video that went viral on social media, where persons as far as England wanted to made contact with us, wanting to help."

As for her brother Courtney, it was a gleeful moment of laughter and excitement.

"Mi happy for the washing machine," he said, "because it was very difficult to be washing with our hands when our feet are not strong. this (machine) will ease our challenges, thanks to everyone."

Persons seeking to assist Sherrian and Courtney Irving may do so through the constituency office of the member of parliament for Central St James, Heroy Clarke, at 9 Church Hill Avenue, Montego Bay, St James. Office: (876) 821-9352 or Patrice Rickets-Clarke at (876) 433-0782.