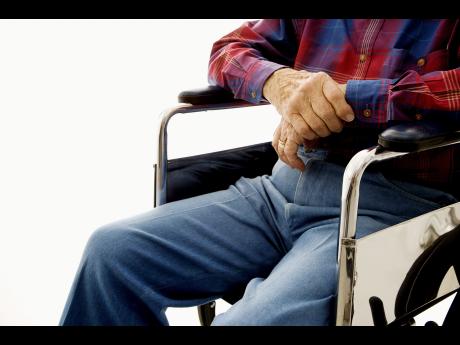 Two senior citizens who were involved in a fight in which they wounded each other got a sharp tongue-lashing from presiding parish judge Kacia Grant when they appeared before the St James Parish Court last Thursday.

Osbourne Kellier and Vansy Watson were involved in a cross case relating to charges of unlawful wounding, for which they were both before the court.

The court was told that Kellier and Watson had previously been referred to mediation to resolve their differences.

However, the mediation process was unsuccessful as they could not come to an agreement.

That revelation did not sit well with Grant, who was not shy about making her views known to both men.

"Are both of you hoping to go to prison? Why can't you resolve the matter at mediation?" Grant demanded of the two defendants.

"He wounded me, and we both went to mediation," Kellier answered.

"I never wounded him," Watson countered.

"It means one or both of you are lying, and you expect me to be the magician," the un-amused Grant remarked.

It was also disclosed that both defendants' medical reports were outstanding from the prosecution's case file.

The case was subsequently set for mention on March 14, and Kellier and Watson had their bails extended until then.