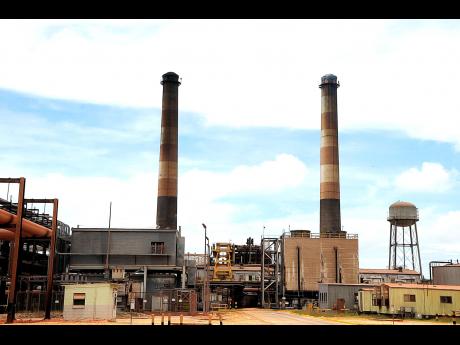 The Jamalco plant in Clarendon.

Jamalco says the construction of its gas-fired cogeneration power plant is on track for completion by February 2020. Some US$189 million is being spent on the project, which is being undertaken by New Fortress Energy (NFE).

"They (NFE) have started to ship the gas pipe from the United States and we expect that to be here very soon," Austin Mooney, managing director at the refinery, which is based in Halse Hall, Clarendon, said.

Mooney said that construction of the offshore gas pipeline has been completed, while work on the inland segment is under way.

"The NFE has already received some of the large stacks, which

are here. The steam generators and the combustion turbines are expected in Kingston in about eight to 10 days, then they will be transported to the refinery. The contractors will start mobilising [for the start of work] towards the end of January or February."