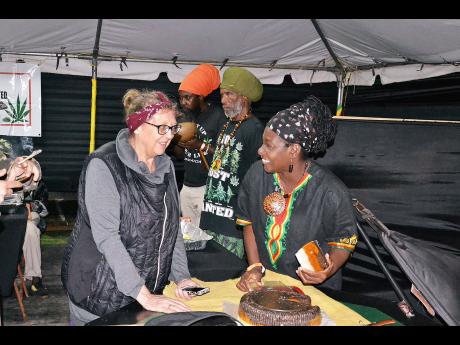 Carl Gilchrist photo A visitor to the Herb Curb speaks with a vendor. 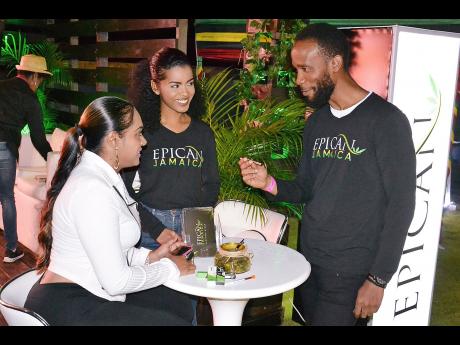 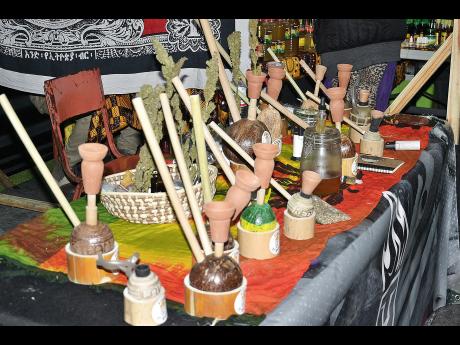 Carl Gilchrist photo Products on display at the Herb Curb. 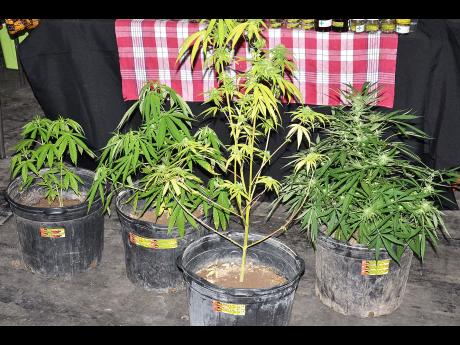 Carl Gilchrist photo Ganja plants was also on show at the event.
1
2
3
4

Although Epican isn't licensed to sell its products outside its designated location of Marketplace along Constant Spring Road, the company used the Herb Curb at Rebel Salute 2019 to educate the public about the uses of marijuana and its by-products.

The company and several other entities at the Herb Curb provided patrons at the festival with information relating to marijuana, with several persons expressing satisfaction and delight at the fact that they were at the event.

Florida resident Janet Najair, who was attending Rebel Salute for the first time, visited the Herb Curb with her friend, Shirley Smart, and she was quite pleased with the offerings.

"I think it's well organised. I think you get to see what Jamaican culture is really about. Jamaica is a diverse culture, and we're seeing the diversity of it all right here," Najair told THE STAR.

She expressed satisfaction that the Epican booth was there just to disseminate information about marijuana and its by-products, while the other booths exhibited a wide variety of products.

"I'm happy I'm here because there were negative rumours about [that] everything here is all about smoking and intoxication and getting high, and it's not. It's about the culture of Jamaica," she added.

Head of marketing at Epican, Jermaine Bibbons, explained that the sole purpose of Epican at the Herb Curb was to educate the public.

"That's why we're here, to get the awareness out," Bibbons said.

"For us, it's about education education about the strains that we carry, a deeper look into what the plant is, and just breaking down the negative stigma that surrounds the plant because this is a wonderful medicinal plant. That's what we're here to really drive, the education around that."

Meanwhile, Smart was simply fascinated with the marijuana-based products that were on display at the Herb Curb.

"I think it's fascinating. I've never been here before, and I'm having a fantastic time. I love it," Smart said. "I don't smoke herb, but I spoke with some persons who have information on the medicines that can cure illnesses."